Sometimes I wish I hadn’t. Sometimes, I wish I had walked away that day. Sometimes, I wish that things would go back the way it was before he came.
“Natalie.” He said my name so soft and tender. It almost broke my heart.
“Yes?” Just as soft. Softer, even.
“I love you.”
Then it would come. He would hit me and then wrap me up in his arms again and say he was sorry. His dad was beating him again and he can’t control his anger. I would whisper it’s okay. Everything’s fine. It wasn’t. He would do it again, and again, and again. I did my best to cover the scratches and bruises that lined my arms like my own personal army. I spent hundreds of useless dollars to find the right shade of makeup to match my skin color. I would come home late and night, stop eating, and wear only turtlenecks. One time, my mother walked in on me while I was changing and saw the bruise on my leg. She cried out in alarm, but I assured her that it was only from sports. High contact sport, mom, everything’s okay. I would cry into my pillow and smother myself in my sorrow. No what, though, I could not leave. I could not leave him when he was so vulnerable. He was suffering at home, why should I leave him? It’s not his fault.
It was seven o’clock on the day it happened. I was walking home from school because my car was still stuck in repair. He drove by and picked me up. It was raining and cold, so we went to the local diner to grab a cup of coffee. We sat across from each other, face to face, sipping our hot drinks. Everything was okay. He started to talk about school, football, and his friend, Evan. He said he wanted to kill Evan because he saw him looking at me one day. I assured him that Evan and I weren’t really that close. He wanted to punch Evan in the nose.
“But I saw Evan giving you…you know, that look.”
“Babe, he was just helping me out with Chem homework. Really, it was nothing.”
“If it happens again…”
“It won’t. I swear.”
A nod.
“Let me take you home, this coffee tastes like crap.”
We left and ran to the car; the rain was starting to pick up again. Thunder. When we got back into his jeep, he started to shake. Violently.
“What’s wrong? Are you okay?”
“The coffee tasted like crap.”
“I know, but what—”
“Get out.”
“What?”
“GET OUT.”
I reached for the door handle and realized what was going to happen a minute too late. His fist slammed into my left cheekbone and I felt a fire in my face like I’ve never felt before. Tear pricked my eyes as I tried to unhinge my jaw.
“Natalie.”
He kept on hitting me and saying my name, like a caress. I tried to squeeze out from under him, but it was no use. He had me pinned against the passenger door, arms held down roughly, lower half bare.
“Stop! Stop it! Please…stop…”
He slammed me against the window one twice, three times. My ears rang and my voice grew weak from screaming. I could feel the hot, pulsing blood splattered against the door handle, over the window. I could have stopped him, but I couldn’t. I couldn’t.
“Natalie.”
Over and over, I felt my soul being torn away from my body with each hundred pound hit and slam. So much blood clogged my throat, I could not breathe air, much less scream. In a matter of minutes, I was gone. I should have listened to my parents. I should have listened to my councilor. I should have listened to myself.
He did it only because he was suffering.
At approximately 1:30 this morning, local authorities found the mangled body of Natalie Garver in a ditch near Ned’s Diner… 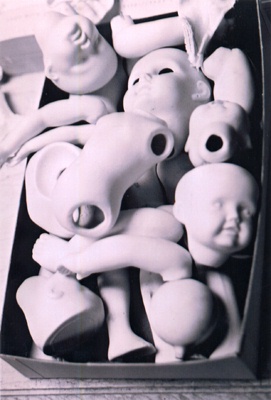 The author's comments:
Love is something that grips you tightly, once it flies over and smacks itself into your heart. It never loosens its grip until the moment you take your last breath. Love comes in many forms: crushes, heartbreak, sickness, anything, really. Love isn’t tangible, unfortunately, so you can’t really place your love in a boy’s heart or show it off on your left, pink sleeve. Love is hard, because both the boy and the girl must love the opposite.
Post a comment
Submit your own