I'll Be In The Rice | Teen Ink

I'll Be In The Rice

I fell in love with a rice enthusiast.

Don’t get me wrong, I happen to love rice too. It’s an integrated part of the Japanese culture, and since I’m part Japanese, my mother makes sure to have rice in every meal she makes. It’s in the bento boxes I take to lunch all the time. We practically have rice spilling out of our cabinets. It’s amusing to come home and see my American father making jokes to my Japanese mother about how much rice we eat. And that’s when the ‘Americans are fat’ jokes come out, leaving my father embarrassed and flustered, because my mother happens to find pinching our tummy fat very amusing. It’s not my fault Burger King and McDonalds are so inciting. I’m just an innocent consumer who happened to fall into the trap known as Big Macs and McNuggets that aren’t really chicken nuggets. Of course, I haven’t eaten McD’s since I found out about their chicken business. In fact, I haven’t been to many fast foods since I ran into that rice enthusiast, an American boy named Nathaniel.
And you thought only the Japanese loved rice.

He was… what was he? There are no words to describe him. I could blend beautiful words together- heartwarming smile; deep green eyes that I could get lost in, like an evergreen paradise; shaggy brown hair that fell in his face perfectly, even though he never did anything to make it that way. Well, except roll out of bed, but that is not your average way to perfect hair.

The last words he told me before he left for Europe were “I’ll be in the rice.” What the hell was that supposed to mean, I yelled as he walked away, a red haze in my vision. I raced forward, my mother yelling at me from afar as I shoved past people and reached out towards Nathan’s jacket, a scowl etched onto my face. Some business man waved his fists at me and began screaming threats in my direction, but damnit, I didn’t care. I lunged forward and wrapped my hands into his fleece jacket, my tears blurring my sight, as I leaned my head against his shoulder and punched him repeatedly.

“What the hell is wrong with you,” I snapped as Nathan stared down at me in pure shock. “Now when I eat rice, I’ll only be thinking about you, you stupid, rice obsessed dumba**!”

And then, he smiled. Turning around, he wrapped his strong arms around my waist and pulled me into his chest. His face instantly buried into my disheveled black hair as I inhaled his scent. It was comforting and warm; could I really live without this scent?

I could feel the tears wetting the top of my head and I peered up at him through my tears. He was crying, his shoulder trembling, as we held on tight to each other in the airport. People stared, people clapped. But to me, the world was at a standstill.

He flashed me a smile, but I could see the sadness swimming in those eyes. Instead of calling him out on it, I smiled back.

“Promise?” My voice cracked as he fixed me with one of those powerful stares, the type of stare that swept me off my feet. It felt like I’d just been punched in the heart as he leaned forward. Marble lips pressed against my sweating forehead and I closed my eyes, enjoying the moment. 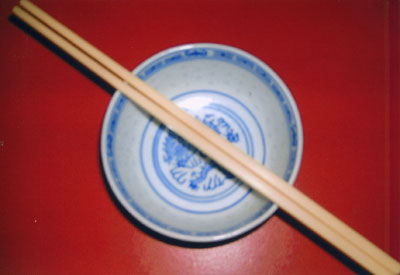 alluneedislove3 said...
on Jan. 16 2012 at 12:50 pm
alluneedislove3, Alice, Texas
0 articles 5 photos 27 comments
View profile
Very, very good. It is very believable, I could almost see myself reacting that way. What the h is "I'll be in the rice supposed to mean" is exactly what I would say. Amazing, I am startiong to really enjoy your work, dearie. X3
Eshshah PLATINUM said...
on Dec. 31 2011 at 8:51 am
Eshshah PLATINUM, Galloway, New Jersey
32 articles 31 photos 239 comments

View profile
this is a really sweet story, and actually could be very real- it's believable and perfectly written, like many of your works are. I was a little confused in the middle, but figured it out. thank you for posting this!
Phoenixx GOLD said...
on Nov. 23 2011 at 9:45 pm
Phoenixx GOLD, Toronto, Other
17 articles 0 photos 184 comments
View profile
made me smile. It was a really good piece :)
leafy said...
on Nov. 21 2011 at 3:23 pm
leafy, City, Other
0 articles 0 photos 682 comments

View profile
Oh wow, this is awesome! The descriptions are amazing, the story is almost believable, as I'd it's a memoir instead...the only problems I saw is that "rice obsessed" should have a hyphen and then in the next paragraph you used "scent" twice. But other than that, I love it: 5/5