Melonade and the New Philosophy

To: Nicky &lt;veronica27@email.co.uk&gt;
From: Melony &lt;melonade@email.co.uk&gt;
Date: 15th September 2011
Subject: Hang out?
Hi Nicky,
I swear, if my Spanish teacher makes me sit even remotely near that slug-faced smelly rat of a boy, Connor Cookson, again I will... I will... kill her!! He’s such a child – throwing paper airplanes around like we’re still in Year Six, and taking the last lot of chips at lunch so I had to have that horrible burnt macaroni again. I could kill him too!
Anyway, I was just emailing because we still haven’t got together afterschool yet, and I don’t think that last weekend counts because we had to be near her. Why can’t I have a normal family? I’d even put up with those twins you have to deal with just to have a normal mum and dad. Speaking of my actual mum, did you know that she still hasn’t invited me to go stay? I know it’s expensive but honestly... &gt;:-(
So back to the point, maybe we could see a film tomorrow night?
Ade xx

To: Melony &lt;melonade@email.co.uk&gt;
From: Nicky &lt;veronica27@email.co.uk&gt;
Date: 17th September 2011
Subject: Re: Hang out?
Hello Ade,
I don’t know what you think, but I thought that film was a bit rubbish last night. I mean, I love that main one of the girls, with the blonde wavy hair. However, the whole storyline needed something else. I really like girly friendship movies but I was a bit disappointed at the lack of eye candy to gaze at. There could at least have been one romance going on. I don’t know why we didn’t see that other one, with those two guys – the tall one and the one with nice arms. The story was quite action-y but I’ve heard there’s a swimming scene in it! Maybe next time?
In other news, guess who sent me a postcard?! Well, you know that boy from my holiday (Ash, his name is) – it was from him! Of course, I didn’t outright chat too openly to him, or ask him to keep in touch, but I did write down my contact details just in case and slipped the note into his beach towel after volleyball. Can you believe he actually contacted me? And it was so sweet; the postcard was a beautiful scene of the beach where we hung out and on the back it said:
“You made my holiday. Hope we can keep in touch. Much love, Ash.”
And then his address followed. He lives in the South somewhere so I thought we could be pen friends. What do you think?
*Nicky*
P.S. Connor is a pig (like I told you...). Go for the lasagne instead. And I thought baking with your stepmum was really fun. Your mum never baked.

To: Nicky &lt;veronica27@email.co.uk&gt;
From: Melony &lt;melonade@email.co.uk&gt;
Date: 18th September 2011
Subject: Re: Hang out?
Dear Nicky,
I thought the film was great and that girl was brilliant and the storyline was perfect as it was (I know this for a fact – it won a movie award). Romance stories are stupid and so are all men. And just so you know, those two boys have never done any proper acting. They just run about and do car chases and pretend to be explorers when really they’re just over-payed makeup-wearing losers who thrive on fame and money.
To be honest, that postcard sounds a bit weird. I mean, not being rude but, a holiday romance is fun but why would he actually want to keep in touch? It probably means he doesn’t have any proper friends so he had to latch onto random girls he barely knows just to get a pen friend. And if he lives in the South, you’ll probably never see him again.
I have a new philosophy on the male population (including losers like Connor, and your Ash, and excluding my dad because he doesn’t count): Stuff ‘em! And stuff lasagne too – you know they just heat up frozen muck with fat sliding all over the top, right?
Also, Mum never baked, no, because she said why sit around dirtying your kitchen and getting cookie dough in your fingernails when you could just buy something much nicer from a shop?
Ade xx

To: Melony &lt;melonade@email.co.uk&gt;
From: Nicky &lt;veronica27@email.co.uk&gt;
Date: 20th September 2011
Subject: Re: Hang out?
Oh Ade!
You were right!! We should just say “stuff ‘em” about boys because they are heartless slime balls. You won’t believe this... You will not believe this...
Okay, so you know I got that postcard from Ash? Well, I sent one back saying hi and thanks for the message and how’s about we’re pen friends and wasn’t volleyball such fun? and he sent one back saying... Oh it’s awful...
“We didn’t play volleyball. We learnt surfing together. I think I’ve got the wrong address. I’m sorry... Nicky, is it? Must’ve got the wrong girl. Ash.”
I think I might just die.
*Nicky*
Oh! And also, I tried to lasagne today and it wasn’t as bad as you made out. I’m sure you mum is very nice... though you’ve just reminded me about those nails... Eek.

To: Nicky &lt;veronica27@email.co.uk&gt;
From: Melony &lt;melonade@email.co.uk&gt;
Date: 22th September 2011
Subject: Re: Hang out?
Oh Nicky!
That sounds just awful. I’m so so sorry, though yes I definitely do believe it and I hope this teaches you to listen to me when I try to help. I’m often right, you know. Let’s make a pact: we will never again see any boys, or think about them, or watch films to see them. Or maybe not a definite never, but we should absolutely stick to this for at least the next year or two. Like today, for instance, I was late for Spanish so I got to sit in that awful latecomer’s first row, which was on the other side of the room from Connor!
I, erm, hope you enjoyed the lasagne. Thank goodness my geography class is so close to the lunch room – I got chips!
My mum is very nice and her nails are very expensive to get them done like that, though I understand that you wouldn’t know about those kind of things. I’m not being mean, but those nails can’t have bitten themselves, now, could they?
However, when I got back from school today, Gwen had a milkshake all ready for me and then she took me shopping and we bought that denim jacket I wanted, so I suppose she’s not that bad. Maybe I’ll ask her to take us out somewhere this weekend?
Ade xx 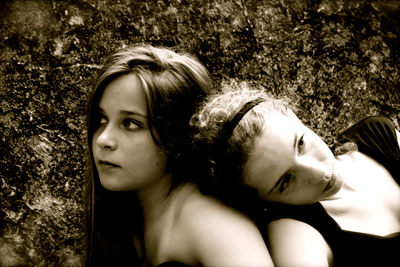