One of Many Unheard Confessions | Teen Ink

One of Many Unheard Confessions

Favorite Quote:
A dream is just a recycled memory.

I spent nearly fifty dollars on an outfit and jewelry at Forever 21. Just to look good for him, and he doesn’t even notice. It kills me, the things that he does. Why does he always stare at me, and then make rude comments? Why is he confusing me? Stop it your torturing yourself! He has a girlfriend for God’s sake! Why would he even want you? You’re a kid. You’re just another girl who looks older than she really is. Thirteen. What an unlucky number. Stupid thirteen. You say you’re a teenager, but everyone still treats you like a kid. But he doesn’t care about how old I am. Well I hope not. And I hope he knows why I wear a new outfit almost every Sunday. Because that’s the only day I see him. And when I see him, I want to make sure he sees me. Sunday, what a great day. Sitting in a pew trying to find out if he’s looking at me or if his head is buried in another stupid video game. I would think he’s texting his girlfriend. Nope. Stupid Nintendo. I wonder if he gets headaches from staring at stupid pixel beings on a game screen. I wonder if he takes as much Tylenol as I do. But why does he confuse me so much? Does it mean anything, if he remembers my age? Because he did remember one Sunday. And when I thought about it, it made me smile. Should it mean anything if he’s constantly near me? All the time. Or maybe it’s just a coincidence. I want to forget about him. Throw his stupid immature a** down the drain. But when I think about him, I can’t stop. Honestly, I’m obsessed. I hate him. He needs to get out of my head and crawl back into his imaginary hole of Black Ops and Angry Birds. I should smack him upside the head with a bible. God knows he needs to be reading that instead of a damn iPod. 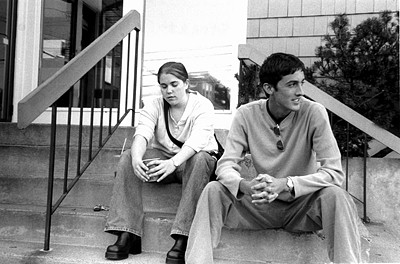 The author's comments:
I decided to write this based on an excerpt from my diary. It's not usually my style of writing but I hope you enjoy it.
Post a comment
Submit your own

Favorite Quote:
A dream is just a recycled memory.

Favorite Quote:
"Good, better, best. Never let it rest. Until your good is better and your better is best."