I have walked home the same way for nearly three years now. Every day I get off of that yellow monster we in the business call a ‘bus,’ and walk the extra mile or so to my house. Each day, I walk with the same girl who rides my bus. She and I get off on the same stop and we only live like two blocks away from each other. We’re in the same grade, and take half the same AP courses, not to mention we both play the violin.

I don’t know her name.

We may seem to have a TON in common, but I’m not sure we do. Except we defiantly have this un-godly fear of striking up a conversation. Which means, the walk home from the bus stop is pretty damn quiet. Usually, at least one of us has an iPod, which makes it more of an amiable silence I suppose.

She’s this tiny little Chinese girl, with short raven black hair that shines blue in the sunlight and fair skin and good teeth (she had braces our freshman year). She wears thick glasses that hide her black eyes. She seems to like the color blue. I guess these are the kind of things I notice, which is odd, because I’ve never thought I was good at knowing things. She also wears Converse, that are black, and juxtapose her semi-formal dress.

Saying I was smitten is a lot like saying the moon is round. Stupid, common knowledge, and not completely true. Just MOSTLY true. Because you can’t really be smitten until you know at least something about them.

I hadn’t thought I liked her much, at least not more than anyone would like someone they always ride a city bus with or whatever, until one afternoon when it was raining.

I have trouble getting to sleep once I’ve woken up, so I watch the news when I wake up, and that morning I had been up since three, so I had watched every channels’ weather report, all telling me one thing; rain. So I took an umbrella to school, knowing I’d get sopping wet if I didn’t.

And none of the weather-men lied to me, because the second I stepped off of the bus, the heaven’s opened up and rain poured down. Quickly, I got out my umbrella and held it over the girl’s head, because it would be a shame if someone that cute got wet. It hardly registered on me that I had just referred to her as cute.

She just smiled gently, and the two of us walked home under my umbrella, which is very difficult since she’s like five feet, and I’m pushing 6’3”. Then, when we reached where we usually diverge, I let her take the umbrella, and I ran home and got wet anyway, but I was still a very happy wet, and I remember all I could think was “She smiled at me.”

When I realized I liked her, like LIKE-liked her, I told my family. And they each gave me a very different set of questions. Dad’s were all “Is she hot?,” and my brother’s seemed to all be along the lines of “How can you think an Asian girl is hot?” But my brother’s just a racist jerk, and my dad seems to be fairly sex-crazed. My mom, because she’s a rationalist, only had this to say, “That’s great honey, what’s her name?”

Which is why I’m in this pickle. I don’t know her name, and I’m not going to ask her. And we have classes together, but no one ever seems to say her name. But I really like her, like more than I like Schrödinger (a physicist) and Final Fantasy Seven (a video game) and Captain America (a superhero) and Coltrane (a jazz musician) AND D&D (a nerdy hobby) all combined.

But I guess that you can’t wait for life to come to you, so that’s why today, this afternoon, at exactly 4:13, I am going to talk to her. I think. Maybe. I hope.

I spend the entire bus ride talking to my friends about crap like “Magick; the Gathering,” and comics, and TV. all the while trying to figure out something blindingly witty to say to her, so she’ll like me. You know, something funny that makes her laugh and say “Oh, you’re a funny one, it’s a shame we haven’t talked before, would like to get married?” and of course I’ll say yes, because anyone who can turn a girl like that down is insane.

I get off the bus, and as soon as I see her, I forget that great witty thing I came up with, so she and I just walk silently as per normality.

When we’re about halfway home, I stop, and she stops too. I wasn’t expecting her to stop and look back to see if I was okay, but I’m not complaining. I’m shaking and my throat feels dry but I manage to gasp “John.”

Gently, she takes my hand, and we continue walking together. 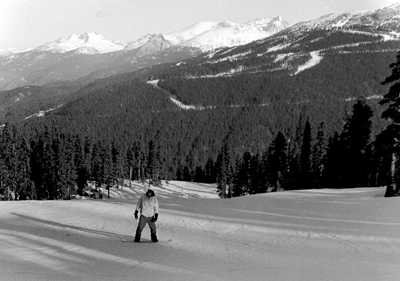 The author's comments:
I've never really written a romance before, but I've gotten a lot of positive feedback from people so... *shrug*
Post a comment
Submit your own