High-pitched horse whinnies of the men’s horses up to work that pervaded the air were the signals that the day had begun. The first up were the milkmaids, swinging their tarnished metal pails as they skipped towards the barns. They let the cattle snooze while they started gathering the milk. Next, the mail carrier would gallop amidst the town, distributing the letters from his tote in which papers abound. The blacksmiths and other artisans awoke just as the village clock tower struck eight, and the merchants would start stocking their shops soon after.

But before them all, just as a sliver of dawn shone through the horizon and sunlight scattered the rolling plains, she climbed down to Crane Valley, were she remained engrossed in her books until noon. That was when she strolled down to the market to purchase herself a mid-day meal. After that, she let the sweet words flow through her once more and allowed the deeper meaning of her reads to be discovered.

After a couple of days, she would bury the book when it was finished, as if it needed a proper funeral. Of course that is foolish reasoning, and definitely not why she did so. She felt that if they were to be stashed safely in the ground, they would be spared harm, not be destroyed, and that future generations of inquisitive readers who may stumble upon her cache can enjoy the same fine literature as she.

By the time dusk would crawl into the sky and the twilight would shoo the larks to their nests, she too would anxiously head back to her cabin. The shopkeepers were just stifling their oil lamps as she passed, praying that her father wouldn’t pummel her when she arrived home.

Her mother had died giving birth to the girl, and her father’s once kind heart iced over with hatred and spite towards her. He became cold and hard, furious at his daughter for something she couldn’t prevent. Indeed, he loved his child, but his anger was too difficult to control.

One crystal clear night, she scurried home to find her father speaking to a woman about his age. As he escorted her out, his eyes were glowing with joy, like she had just made his day. He was obviously in love. About a week later, the woman returned, and the encounters grew more and more frequent as time progressed.

Her new stepmother detested her, and each day her contemptuous glares that burned her stepdaughter’s heart became more intense. It seemed as if the girl was hated with a flagrant fervency that singed away every ounce of her self esteem. She was.

As she followed her customary routine one day, her stepmother spotted her reading in Crane Valley. She scolded her and explained how socially unhealthy it was to have her nose in a book all day. The girl unknowingly explained to her about her hoard, and the woman angrily gave her a shovel from a nearby farm. She was supposed to dig up all fifty-some pieces of literature, and then give them all to her stepmother to burn. She resignedly obeyed.

Hot tears rolled down her cheeks as she uncovered each book one by one. She choked out her goodbyes to each one through her sobs as she flipped through the dirt-encrusted pages and recalled each event and character. Those final, five taxing hours dismantled her beloved collection, and took her beautiful life.

Those five taxing hours were her last. 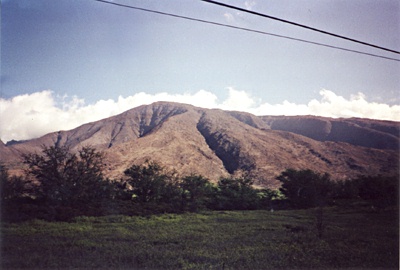 View profile
this is really sad and really good.