Favorite Quote:
"I don't know what it's like to not have deep emotions, even when I feel nothing, I feel it completely." -a.r. asher

I am of the firm opinion that rehabilitation centers should have more comfortable chairs in their waiting rooms. I’m not a druggie, but if I were, and I walked into this building and saw these chairs, I think I’d prefer the addiction. Sure, my lifespan may shrink by a few (or more) years, but at least I avoided sitting in those god-awful chairs.

Sadly, I’m not a drug addict, and so I don’t have the option to walk out of the building, already wondering if I have enough change in my pocket to get a joint off of someone. Instead, I must sit and wait. Hour after hour, the clock on my phone being the only proof that time is passing.

There’s a tv mounted in the corner, playing a news segment. It seems to be the same news segment that was on when I entered the room. An attractive reporter in a box in the lower right corner of the screen, and then a (LIVE!) funeral broadcast.

I put down my book. Switch chairs, as if the identical one across from mine will somehow be more comfortable than the one I just vacated. Stare at the tv and finally listen to what’s happening.

“....as he was, unwavering, undemned, unequal.” This is said by George W. Bush who, I’ll be honest, I forgot was still alive himself. It could’ve been his funeral and I wouldn’t bat an eye. But no, according to the words passing at the bottom of the screen, this funeral is John McCain’s.

Well, John McCain. If you can hear me, your funeral is certainly interesting. I see very important, very famous people in the front pews. I wonder why that’s where they get to sit? Surely, SURELY John McCain’s best friends and family weren’t all famous. Surely not, considering the fact that I have no idea who John McCain was.

Obama is there, being ushered to the front by some man with a scepter. A scepter! I mean, Obama’s cool and all, but wow! A scepter! I wasn’t aware those were still used outside of movies.

Obama’s voice is steady as he addresses John McCain’s family and pays tribute to his accomplishments. I listen out of respect. Or maybe just to make myself feel respectful, although I’m not sure if there’s a difference between the two.

He makes a joke. Obama, that is. He makes a joke at a funeral. I suppose when one has been the leader of the country for a time, things like jokes at funerals can still somehow come off as dignified. I mean, I liked it. To be fair, I like everything about Obama, so my view may be a little skewed. Maybe there are republicans out there who are already pulling up their twitter pages to rant about Obama making a joke at a funeral. Gosh, I get the chills just thinking about their chapped lips mouthing the words as they type, adjusting their MAGA hat in the process.

No, that’s not fair. I should try to look at it in a different way. I suppose that I would feel disrespectful making a joke at a funeral, and if someone made a joke at my funeral, maybe I’d feel disrespected, assuming death allows the dead to feel such things.

I can’t remember anyone making a joke at my grandpa’s funeral, but then again, no one at my grandpa’s funeral looked as dignified and....and BIG as Obama does. Everyone who spoke about my grandfather looked small. My mom, normally so formidable, was hunched over. My cousin, normally so lively, seemed empty of energy. And then me. I’m sure I looked the smallest of them. I was the youngest. Wait, no. That’s not right. My cousin’s daughter, Charlotte. She was the youngest. Seven at the time, I think. That funeral was the first one either of us had ever been to, but that meant her first funeral was at the age of seven and my first funeral was the day after I turned thirteen. Are there any first-time thirteen year olds in the pews at John McCain’s funeral? I sure hope not. It’s quite a scary place to be.

How important must one be to have their funeral dominate the news for four hours straight? What, John McCain, did you do? Truly, I’d love to know. Not to sound disrespectful, but I definitely loved my grandfather more than I loved you, and that means he deserved the superior funeral. That’s how it works, right?

Sometimes I think about how my parents won’t be around for my funeral and I want to cry. In my mind, the idea that my parents won’t be there when I die is tragic. I said this to my mom and she looked back at me, horrified, and replied, “Clara, I hope to God that I never attend your funeral.”  Well, mother, I hope to God that I’ll never attend yours. However one of these wishes seems more far-fetched than the other.

So, without my parents, who’ll be at my funeral? My brother, if he’s still alive and wreaking havoc. Or maybe not. We always chose to pull each other’s hair rather than make jokes at the dinner table. I suppose it’s completely possible that he’d skip my funeral and instead drive up to Vegas, or stay around just long enough to make sure I didn’t leave anything to him in my will.

That’s terrible of me to think, I know. It’s just that my brother and I are having a...rough patch. He’s not someone who cares. My broken iPad, my broken mirror, my broken trust. He never cared.

Obama finishes his speech and is escorted back to his seat. I see the children of John McCain look on in silence, their hands clasped together, each of them holding the other up.

If my brother came to my funeral, he’d fidget uncomfortably in his mourning attire and tap his fingers together. Just like Obama, he’d make a few jokes. Simple ways to show people that he’s okay with this. That he’s the strongest in the world.

Despite not being one for speeches, my brother would walk to the front of the crowd and take a sheet of crumpled paper out of his pocket. Steady hands, steady gaze.

“We’re here today to honor the life of my sister,” he’d state, never taking his eyes from the page. “I’ll never forget playing basketball with her in our alley, each of us trying to throw the ball in while facing the opposite way, and then being so surprised when it didn’t work. I’ll never forget teaching her to ripstik near Whittier while blasting the Beatles from my phone, her choice of music, of course. I’ll never forget her, despite her seeming to forget me. A sister who stayed in the rehab waiting room for four hours straight in order to avoid seeing me. Miss you already. We were soooo close.”

I would be banging on the wooden coffin. “Not fair!” I’d scream. “You weren’t good to me either! It wasn’t my fault!”

Can the dead lie? Perhaps you could tell me, John McCain. I’m sure you know. 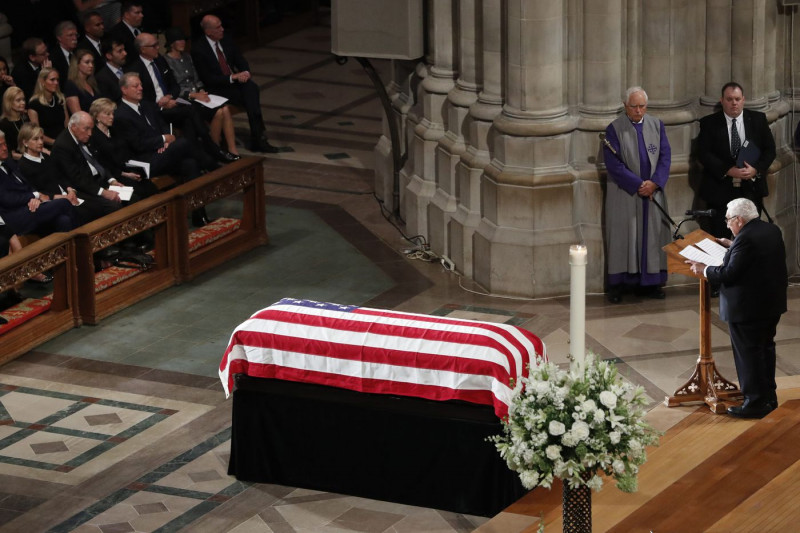 This is based on an experience I had a few years ago. It's just the thoughts of someone who doesn't really know what is okay to think.