Favorite Quote:
"I think we dream so we don’t have to be apart for so long. If we’re in each other’s dreams, we can be together all the time.” -Winnie the Pooh

I see the world differently than everyone else, a way that most people don’t understand and never will.

The first thing I saw was the carpet in the living room, bubbly and cushy, too hot if I run my hand over it too fast, a curious feeling for a two-year-old.

The next thing was the coffee table, with smooth, curved legs, rounded out, with a glass top that’s cold. Then the couch, with ridges that run the full length of the arm, and cushions that fold around you when you sit. They are my solace, a comfort, the lines uniform enough for my hands to feel and understand.

My father is the first person I remember sitting with me. The ridge of his nose is one finger width away from his eye, the skin smooth. But his hands are rough, and I think much larger than mine, ridges and indentations sprayed across his palm in a haphazard design. His jaw has little ridges and pokes out on the side, opening wide when he whispers in my ear, stubble tickling the side of my face.

My mother, on the other hand, has smooth skin, a thin layer of protection before the sharp corners of her cheekbones, riddled with ridges. There’s always a layer of thick cream I must get through before I reach her skin, a layer of makeup that only I can see through. Metal frames sit on her ears and nose, smooth pieces of glass in the middle. Glasses, they’re called. Supposed to help you see.

I guess I could use a good pair of those.

Her eyes are brown, they tell me. Like chocolate. But chocolate is thick and creamy, slow moving, not at all like my mother, who chatters away like a bird, but not as pretty. Sharp staccatos, sharp consonants. She used to be a singer.

I have a brother who’s four years older than me, and his voice comes from up high, deep but not quite as deep as my father’s. His hands have a particular shape, with the thumb joint jutting out a bit more than usual, and I can feel every one of the ridges in his skin, every bump of his knuckles. He’s got a ridge that runs the length of his thumb, from where he fell off his skateboard when he was twelve, decorated with smaller bumps from the stitches. This is the hand that would slide around my shoulders and press itself into my shoulder, and I swear I can feel his eyes on me, even if mine aren’t on him.

“Ready?” he says, everyday, before turning on the TV. It’s especially hard, because of all the background noise, to discern what is going on with the storyline. But a tradition is a tradition, and we continue to watch TV everyday after school.

If nothing else, it provides a way for me to bond with my brother.

He’s the handsome one. Every girl wants him, with his good looks (apparently) and “dreamy” sports skills. Personally, I don’t understand how sports can be dreamy. I get the impression there’s sweat and yelling involved. But it makes him appealing, more so than me, the blind little sister.

I really don’t know what I look like. But I do know that when my brother was in high school he had been asked out by at least seven girls by the time he was a junior. I’m a junior, and haven’t been friends with anyone yet, much less been asked on a date.

So clearly, there’s a bit of a difference there.

I really try not to hold a grudge against him; it’s not his fault. It’s just that he gets all the praise, while the only comments my way sting, like little bullets hitting my skin, lowering my head and quickening my steps as fast as they’ll go. It’s times like that that raise my defenses, a psychological shield made from silence and hardened by the differences between us.

I listen to the birds all day, as often as I can, because they fascinate me. They must be so big to make such a loud sound, with beautiful feathers. I don’t know what feathers are, or what flying is. Or how it happens. But they appear high above my head, and then disappearing with a small rustle, barely heard. How can they do that? It’s like the thing they do in Harry Potter; apparating, but without the crack.

There’s a part of me that wants to try- flying and disappearing without a care. They’re beautiful- even if they’re not to the rest of the world, they are to me, because when I whistle for them, they sing back. I envy them. They aren’t trapped in cages, they aren’t tied to the ground, despite their size. But I am, trapped in a cage I can’t see, much less get out of. So I close my eyes, and somehow, I can see myself flying in the sky to join them, forever free. 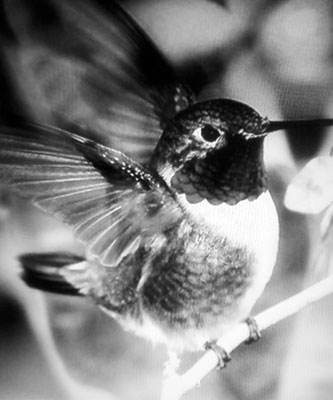