God Rest, You Did Your Very Best | Teen Ink

God Rest, You Did Your Very Best

Athena is a goddess of war. For as long as she existed, she protected her daughters- even those who may have first come into the world looking like a son.

She protects all her children.

She roams the earth and keeps a watchful eye over her descendants, and some others. Sometimes, she may influence swords or tip the scales, but those she protects are strong and smart enough that they do not need her protection.

Mothers always try to help their children, though.

Sometimes she likes to venture down to earth in her human form and interact with her children that she watched from above.

So, when Arachne garnered fame for her weaving, Athena thought they might have fun together.

She weaved beside her daughter, telling stories and talking and laughing. Athena was happy to spend time with the people she watched over, and she was happy to watch Arachne create something beautiful with her talented hands.

Athena could see it- a smile brighter than any star. Arachne smiled as she spun things together, and there was a light in her eyes that even Zeus could not mimic. And Athena saw a  passion that brought mortals closer to gods than anything else.

The goddess knew that no matter what she created that day, it would never come close to the beauty of Arachne’s joy.

Like most things, it was all ruined by her father.

As he watched his daughter from Mount Olympus, something within him changed. He looked down at this happy exchange, and decided something.

The gods and goddesses felt something shift, and they knew something would happen. They all braced themselves, because as gods, they knew that Zeus made every choice in the end.

He, brash and arrogant as he was, decided that Arachne insulted the gods with her talent.

He decided that if Arachne lost, she would not be able to weave again.

Athena did not know.

Gods cannot take things lightly. Gods do not understand games. Their pride is a huge, heavy thing that they decide to bear above all else, and they put it above humans. They put it above goddesses.

Against a goddess, Arachne never stood a chance.

Zeus came down to earth, in human form, at that moment, and took everything from her- to show who was the true master between the two weavers.

To pit them against each other, Athena thought.

The crowd roared in celebration because the gods triumphed while Arachne sank to the floor.

Athena watched her, feeling something unbecoming of a god.

Though, a goddess is different.

Zeus left the ruins behind him like he always did. Athena followed him home, but she didn’t take her eyes off Arachne.

Her love was gone.

The goddess could not abide, but she could not disobey her father. So, she went down to earth.

“My child,” She whispered when she stood above the bed Arachne had not left for days, “I am so sorry.”

“You cursed me.” Her back was to the goddess, and she made no effort to turn. Her voice was thin, and barely there, “Are you here to kill me now? To send me to Hades?”

“Of course not.” She choked.

“Then why are you here?”

“I am here to offer you a gift. A… reparation.”

Finally, Arachne turned to look at her. The light in her eyes was dead. Her smile was gone, like it had been smashed to pieces. Her long, dark hair was stringy and unkempt. It was a far cry from the beauty Athena had seen before.

“I can make you weave again.”

Hope flared in her eyes, a quick flash of the light that had once lived inside her before it disappeared back into the darkness.

“I never intended for this to happen. If I knew then what I know now, I never would have come to meet you. But I can fix it.”

“Worry not about him. I will take care of everything.” She sat down on the bed, “I promise I can fix this. All you have to say is yes, and you will live again.”

Athena nodded, and the woman in front of her transformed. The goddess willed it to be gentle, like a sun washing slowly over a frozen river and melting the ice away.

Her hair coiled over her body, turning to a hard shell. Her limbs and talented fingers stretched, and Arachne grew into a spider.

The goddess brought her to a cave that she could call home, and Arachne smiled again.

Athena watched over her for the rest of her happy life.

She was not the only mortal who was wronged by a god. In fact, there were many.

There was only so much power she had against Zeus. The god would always have more power than her.

Medusa would always be her greatest regret.

She heard the cries from her throne in Olympus, and found the girl on earth below, crying on the floor.

“I just want to be safe.” Medusa said.

Athena could do that.

For years, Athena continued to watch and protect. She had others to help, watch over, and guide. She was a goddess, after all, and she was a busy one at that. ]

She hadn’t watched closely enough. She hadn’t been paying attention.

A scream cut through every voice in her head and destroyed the visions of her children that she had been observing.

Athena had never moved so quickly in her life.

She was still too late.

The goddess arrived in time to see Perseus, who was her child too, picking the woman’s head off the floor.

Her son, who she thought knew better.

He killed her using his shield- a shield that she had given him.

She thought he was worthy.

Something broke inside her as she watched him use it to free Andromeda. She was glad that the young girl was okay, but something curled around her throat and choked her nonetheless.

Then, Perseus dropped the woman’s head on the ground and walked away.

Andromeda lingered for a moment, staring at the head on the ground. It was turned away from her, so she didn’t turn to stone. She looked up at the frozen monster who had been about to eat her and then at Perseus who walked away.

Finally, her gaze fell on Athena, who hadn’t realized that she made herself visible.

Andromeda said nothing. Her face betrayed nothing.

For a moment, they just looked at each other.

They could hear waves crashing against the cliff, and the whistling of the wind.

Andromeda’s eyes narrowed. Her jaw set. She picked up a rock from the ground- a red, smooth stone, and laid it by the dead woman’s head. Her hand rested on the rock for another moment.

She nodded at the goddess, and turned to walk away.

She stared down at the woman’s head and knelt to close her frozen, terrified eyes.

Then, the goddess rose.

She had others to watch and protect. She could not let herself fall into the trap of the darkness that danced at the edges of her head, threatening to pull her under.

She could not drown.

Athena had to move on.

A wave crashed against the cliff behind her, and her legs gave away. She dropped to her knees and cursed the sky. She looked up, and she saw everything. She saw her daughters fighting for their rights hundreds of years later, and again a hundred years after that. She saw their rage and their tears and their unanswered cries.

She hears men sitting at fires and telling stories of the Angry goddess Athena who punished Arachne and Medusa. Tears spill down the goddess’s cheeks for the first time in centuries.

But she will fight until she has nothing left to give. 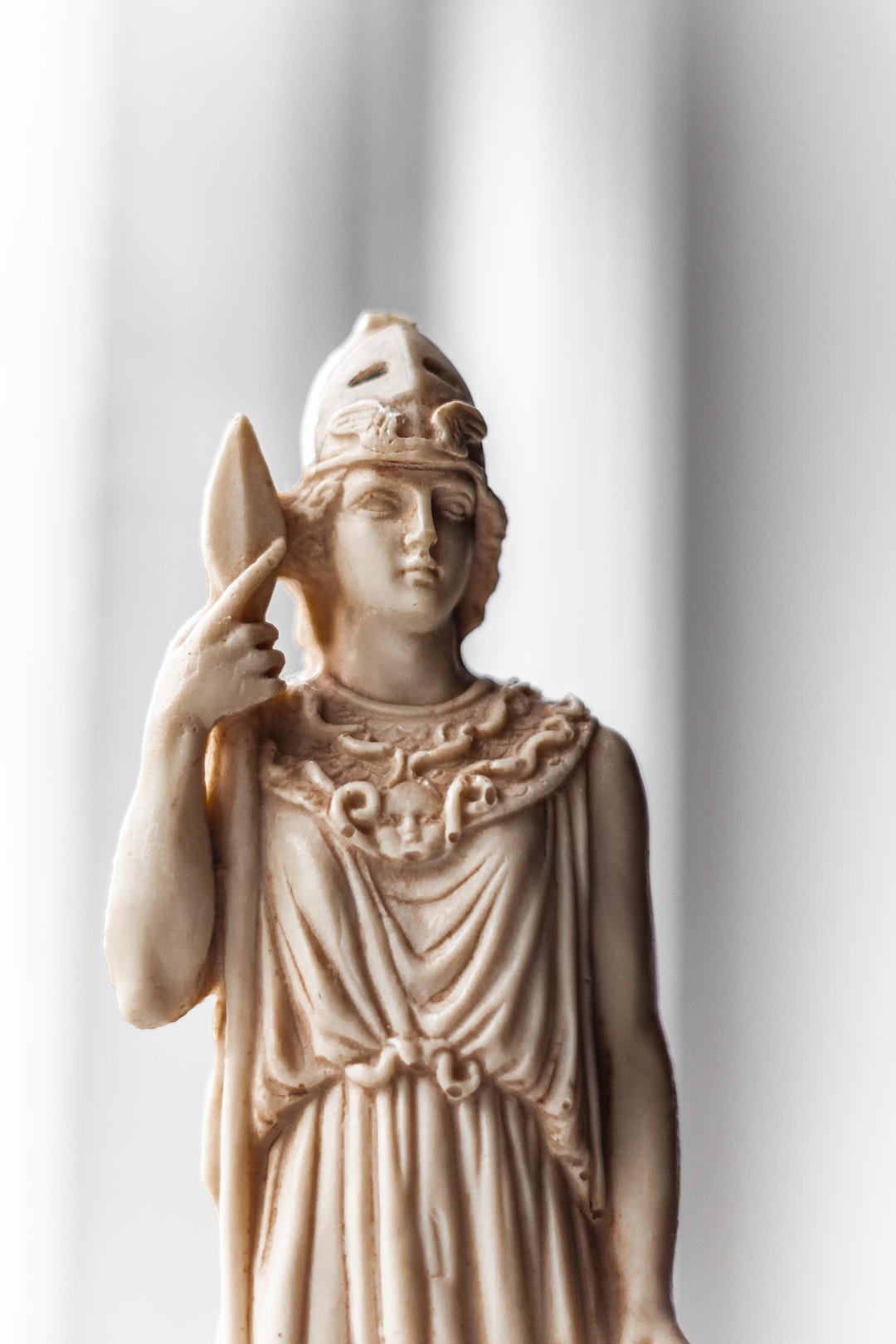 Photo by Pavlos Stamatopoulos on Unsplash

I wrote this piece after Roe V. Wade was overturned. I suppose my way of coping with that was writing this. It's a feminist piece, centered around the way myths were re-written to destroy the humanity of female gods.