"Get your arse over here you filthy creature" Bellatrix shouted to the house elf. She was starting to get tired of waiting for the snatchers to come back. It was her job to question and kill, her master knew it would suit her well. She always had been good at torturing people. Narcissa walked in the room staring at Bellatrix who was now holding the house elf by the neck. "This is what you get for not listening to me." Bellatrix screamed as she killed the house elf. It fell limp to the floor and Bellatrix turned to see her sister.
"Thanks a lot Bella. It’s bad enough we have all these people around the house I don't need you killing my servants." Bellatrix truly did not regret her action and replied by saying "it was disposable."
A knock came from the iron gates at the front of the house and Narcissa jumped. "Oh Cissy would you just calm down it’s just that dumb werewolf and the rest of the snatchers." Bellatrix placed her wand to her neck "have you found anyone you fools" Bellatrix shouted. She looked out the window and saw a green spark which meant they had one prisoner. "Enter" Bellatrix said. The gates to Malfoy Manor swung open. Narcissa let a small tear fall from her cheek. Whenever they brought in a victim for Bellatrix it was never pretty. And it had been almost a month since the last person came. Bellatrix turned to her sister, and as she walked towards the front room of the house she said "go cry to your husband Narcissa; I've got to do business."
Bellatrix entered the front room and Narcissa followed close behind. Lucius was in the room waiting for Greyback to enter the house. "I hope we get some information" he said "that way I could actually please the Dark Lord." Bellatrix snickered "good luck Lucius you are worthless to him after the ministry incident." Lucius sunk into a chair and forgot about helping Bellatrix out with her assignment. Greyback entered the room looking very proud of himself. The other snatchers followed behind. Bellatrix glared at Greyback "is it a mudblood or someone of worth to us." Greyback snickered "it’s just a mudblood." The final snatcher followed behind dragging a man.
Bellatrix couldn't quite see the mans face, "put him in this chair" she said moving a chair "so I can see him." The snatchers were quick knowing that Bellatrix could sometimes be impatient. As they sat the man up Bellatrix shouted "YOU!” Ted Tonks stared back at Bellatrix
"Bellatrix don't kill me, think of Dromeda." Bellatrix fumed with rage. "Crucio" she shouted. Narcissa let out a small whimper knowing this wasn't good. Ted had taken Andy away from Bella, her own sister. "You took her away from me. It was her decision and I hate her for that, but it is all your fault." Bellatrix shot the curse at him again and Ted shook with so much pain he fell to the floor. "I need information, where is your precious daughter hiding?" He just shook his head and muttered "no not Dora".
"Crucio" Bellatrix shouted for the third time. Ted writhed in pain. Bellatrix could truly bring about the best cruciatus curse with this man. "I suggest you cooperate or you won't see Andromeda ever again." Ted gulped. Not only would he never see his wife again but his daughter or her unborn child. "If you don't tell me I'll dig through your mind." Bellatrix shouted. She was gifted with the legimens and would use them if needed. Ted remained silent and Bellatrix pointed her wand at his head.
Bellatrix's head was suddenly filled with all of Ted's memories. The time he and Andy married, the day their daughter was born, and the day that he left Andy to go be on the run. Deep down it made Bellatrix hurt badly, and she had found out nothing. Bellatrix muttered the spell to stop probing Ted's mind, and suddenly she collapsed. "Bella are you alright" Narcissa yelled running over to her. "I'm fine" she shouted back "get away I can get up myself." Bellatrix stood and faced Ted. "You have done nothing for me." she said. "Please have mercy for Dromeda's sake." Bellatrix for the first time in years let a tear roll down her cheek. "I'm sorry, but I can't do that." There was a flash of green light and Ted's body lay limp before her. Narcissa started crying and unfortunately Bellatrix did as well. 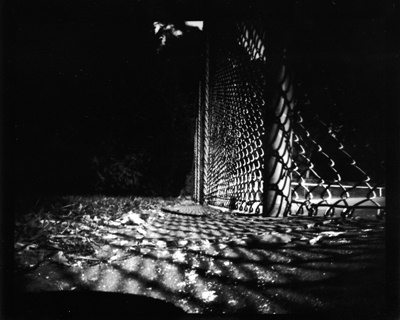 The author's comments:
My version of Ted Tonks death by his sadistic sister-in-law Bellatrix.
Post a comment
Submit your own