Anonymous is a group whose members are geographically scattered around the world but united through the Internet, consisting largely of multiple imageboards and forums. Originating in 2003 on theimageboard 4chan, the name came from the perceived anonymity of users posting content on theInternet. In its early form, Anonymous was a decentralized online community of people actinganonymously in a coordinated manner, usually towards a loose goal of entertainment. Beginning in 2008,the group became increasingly associated with international hacktivism, often with the goal of promotingInternet liberty and freedom of speech.The name “Anonymous” is inspired by the perceived anonymity under which users post imagesand comments on the Internet. Usage of the term anonymous in the sense of a shared identity began onimageboards.


A tag “Anonymous” is assigned to visitors who leave comments without registration.According to self-ascribed members of Anonymous, membership can be easily achieved: beingas simple as concealing oneself while performing online activities. The Low Orbit Ion Cannon (LOIC) is anetwork stress testing application that Anonymous uses to accomplish its DDoS attacks. Individualsdownload the LOIC and voluntarily contribute their computer to a bot net. This bot net is then directedagainst the target by Anonymous Operations (AnonOps), one of Anonymous’ subgroups. Joining the botnet and volunteering one's computer for the use of the group is one way of being a "member" of Anonymous.As a multiple-use name, individuals who share the "Anonymous" moniker adopt a shared onlineidentity. Anonymous has no leader or controlling party and relies on the power of its individualparticipants. "Anyone who wants to can be Anonymous and work toward a set of goals..." a member of Anonymous explained to the Baltimore City Paper. "We have this agenda that we all agree on and we allcoordinate and act, but all act independently toward it, without any want for recognition. We just want toget something that we feel is important done.

A simple definition of Anonymous tend to emphasize the fact that the concept cannot beencompassed. Instead, it is often defined by aphorisms describing perceived qualities. One self-description is: “We are Anonymous. We are Legion. We do not forgive. We do not forget. Expect us.”Reporter Chris Landers of Baltimore City Paper say “Anonymous is the first Internet-basedsuperconsciousness. Anonymous is a group, in the sense that a flock of birds is a group. How do youknow they’re a group? Because they're traveling in the same direction. At any given moment, more birdscould join, leave, peel off in another direction entirely.”No official way of communication between members of Anonymous has been announced, but the group isbanded together by the Internet. Signs of members communicating has appeared on sites such as 4chan,711chan, Encyclopædia Dramatica, IRC channels, and YouTube. Social networking services, such asFacebook and Twitter, are used for the creation of groups which reach out to people of the public.In its early form, Anonymous was an online community acting anonymously in a coordinatedmanner, usually towards a goal of entertainment, but beginning in 2008, the group focused on InternetLiberty. Below are some major acts done by Anonymous.Habbo is a popular social networking site designed as a virtual hotel. Anonymous did two major raids known as the “Great Raid of ‘06”, followed by the “Great Raid of ‘07”. Members would sign up withavatars of a black man wearing a grey suit and an Afro hairstyle and blocked entry to the virtual pool,declaring it was “closed due to aids.” Many think these raids were inspired by the news of an Alabamaamusement park banning a two-year-old toddler affected with AIDS from entering the park’s swimmingpool, although no official announcement from Anonymous said this was the cause.

When the raiders werebanned, they complained of racism. In response, Habbo now bans any users with avatars matching theprofile of the raiders, even years after the raids.December 2006 through January 2007, individuals who identified themselves as Anonymous tookHal Turner’s website offline, costing him thousands of dollars in bandwidth bills. No official announcementwas made by Anonymous about this raid.On December 7, 2007, Toronto Sun newspaper published a report on the arrest of Internetpredator Chris Forcand. Age 53, he was charged with two counts of luring children under the age of 14,attempted to invite sexual touching, attempted exposure, possessing a dangerous weapon, and carrying

a concealed weapon. A Global Television Network reported that the group responsible for Forcand’sarrest was a “self described Internet vigilante group called Anonymous” who contact the police after somemembers received “disgusting photos of himself” from Forcand. The report also stated that this was thefirst time a suspected Internet predator was arrested in result of Internet vigilantism.A video produced by the Church of Scientology featuring an interview with Tom Cruise wasleaked on the Internet and uploaded to YouTube. The Church of Scientology issued a copyright violationclaim against Youtube requesting the removal of the video. In response, Anonymous formulated ProjectChanology: calling the action by the Church of Scientology a form of Internet censorship. Participates,both individuals and members of Anonymous, organized a series of DDoS(distributed denial-of-service)attacks with prank calls and black faxes to Scientology centers. A video “Call to Action” appeared onYouTube on January 28, 2008, calling for protest outside Church of Scientology centers on February 10,2008. On February 10, 2008, about 7,000 people protested in more than 93 cities worldwide. Manyprotesters wore Guy Fawkes mask from the movie “V for Vendetta”. A second protest was held on March15, 2008 in cities all over the world, including Boston, Dallas, Chicago, Las Angeles, London, Paris,Toronto, Berlin, and Dublin. The global estimated participates was estimated to be between 7,000 to8,000 people.On March 28, 2008, Wired News reported assaults were posted on an epilepsy support forum,run by the Epilepsy Foundation of America. Flashing computer animations were posted with the intentionto trigger migraine headaches and seizure in photosensitive and pattern-sensitive epileptics. Members of the the epilepsy forum claimed they found a thread on 7chan.org, (an imageboard that has beendescribed as the stronghold for Anonymous), that said assaults were being planned. On the other hand,News.com.au reported that the administrators of 7chan.org posted an open letter claiming that theassaults were carried out by the Church of Scientology “to ruin the public opinion of Anonymous.”In 2010, several Bollywood companies hired Aiplex Software to launch DDoS attacks on websitesthat did not respond to software take down notices. Anonymous then created Operation Payback inSeptember 2010 in retaliation. The original plan was to attack Aiplex Software directly. Fortunately, hoursbefore the planned DDoS attack, another individual had taken down the firm`s website on their own, andOperation Payback moved to launching attacks against the websites of copyright stringent organizations. 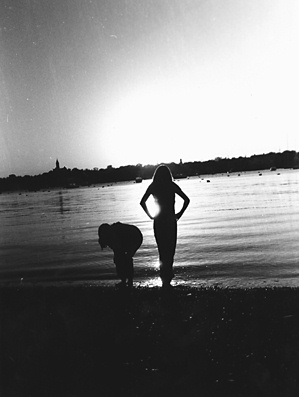