The hot scorching turf was burning Emersyn’s feet as she walked, barefoot, across the playground. The summer sun was sizzling and shimmering like a mirage. Her white sun dress clung close to her almost adult body and her forehead was shined with sweat.

Emersyn’s thoughts were swirling around through her mind, her parents were fighting again. Were they going to get a divorce? Suddenly Emersyn felt completely alone, scared at what the future might hold. A thought struck her mind, but she was unsure, she hadn’t done it in awhile and she was terrified that, if she did, she would just be disappointed again. Taking two seconds of courage, she opens up her heart.

Pain. It shoots up her right foot like a rocket. Emersyn gently lifts up her foot and glances down.

Among the never-ending green of the playground turf, lay a lone rock. In faded pink lettering, it reads:

Emersyn is filled with a heat, unlike the burning of the summer sun. It is a heat that warms her heart and fills her with certain knowledge:

She is never alone. 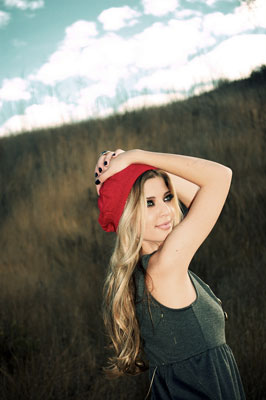 AlexanderQ GOLD said...
on Mar. 8 2013 at 12:25 am
AlexanderQ GOLD, Oak Creek, Colorado
12 articles 0 photos 37 comments
View profile
This is great and quirky and I absolutely like it