A Random Succession of Related Events

Cassandra. Friday, September the Seventeenth, 5:10 AM


Why do phones always have to ring at the wrong time? It’s either just when you step in to the shower, during a movie, when you’re in the middle of an important presentation, or when you’re wrapped up in something. Or someone. Usually someone.

My obnoxious ringtone was blasting Mystery of You directly next to my head. Why did I have to be so close to the nightstand? I made a silent vow that from then on I would leave my phone on silent and turned over to make it shut up.

Not totally down-to-earth yet, I checked the caller ID. S***. It had to be my dad, of course.

“Hey Dad, what’s up?” I wasn’t talking normally, so it came out way too fast.

“Where are you?” Damn it, he did not sound happy at all.

“Um…” Think, stupid! Where was my shitload of excuses when I needed it? Hmm, let’s see, what haven’t I used recently? “I’m with Jecca. We’re doing a project at her house. It’s really big.”

“Oh.” His voice sort of trailed off.

“Yeah, everything’s fine. You just didn’t leave a note. I was worried.” Liar. “So, what project?”

It was sad how my dad was always so trusting and bought my little lies. This was like my 32nd time using that excuse and he still hadn’t figured it out. Jecca and I only have Gym, Lunch, and History together. Projectless classes.

“Jack the Ripper. For criminology.” Did my school even have a criminology class? “Psychology. Whatever. Did you know he only killed prostitutes?”

The bed shook a little on its unstable frame. Jecca was laughing at that small insight as to what was really going on. Too bad my dad wasn’t logically talented enough to piece together what was right in front of him.

“No, I didn’t. How interesting.” Holy flying f***, did he just understand that?!

“I’ve gotta go, Dad. Like I said, big project, bye!” I snapped the phone shut to end the call and threw the phone across the room.

What if he knew about me and Jecca? Then he would know that I wasn’t really his beloved, heterosexual daughter. Oh my gosh, if he knew, I’d be dead!

What the hell. I was probably just being my usual, paranoid self. There were more important things to attend to, anyways. Like Jecca.

I rolled over and heard my back crack. Yuck. Proof that I had been ignoring Jecca for just a little too long.

The problem with your dad interrupting a heavy make-out session is that it kills the mood for a bit. This creates dead air and lack of movement. All of that gets amplified when said father is an intolerant, gay-people-disliking guy with a halfway-out-of-the-closet daughter.

Jecca was placed on her bed very carefully, like she had positioned herself while I was on the phone. She looked quite picturesque, lying topless with her long, jet-black hair flowing down her shoulder and over half of her front. It covered some of her plum bra with black lace around the top of it that was bothering me because it clashed horribly with her acid wash jeans. All of her lip gloss and lipstick had rubbed off, leaving her pale lips exposed. The smoky eye shadow she’d applied this morning made her icy blue eyes stand out more vibrantly, and I’d never noticed that before. I’d also never noticed this before, believe it or not: my girlfriend was explicitly and unexplainably drop-dead gorgeous.

Don’t get me wrong, I never thought she was ugly or anything. I was just always so preoccupied with something else to really look at her. It surprises me even that a bombshell like her wasn’t perfectly straight. I always thought that the pretty girls were always straight by default or something because teenage guys seemed to care more about what their girlfriends looked like than lesbians do, at least those that I know.

But all the hot lesbians in the world couldn’t have shaken the bad feeling I had in the pit of my gut. So I kissed Jecca’s forehead and rolled out of bed. I knew Jecca wasn’t happy that I had gotten up, so I thought of what excuse I could give her, because I didn’t think the “my dad killed the mood” excuse was going to fly with her. I know, lying to your girlfriend is bad, but it wasn’t really lying. Just…omission.

Either way I was focused on trying to ease myself; trying to remember where I’d left my pants. And my new pack of cigarettes. S***, they still had the cellophane wrapped around the pack! No way in hell was I about to leave them with Jecca.

“What’d you do with my cigarettes?”

Jecca rolled her eyes at me and sighed. “You smoked half the pack after I gave them to you, and then put them in your pocket. So I’d say they’re in your pants, where I should be.”

“I need a smoke first, and then you can do whatever you want with me, how’s that sound? So where did I put my pants?”

“Somewhere. Are you definitely sleeping over now?”

My black jeans were lying in a heap of clothes. I located my smokes and a lighter, desperate for some nicotine action. What was wrong with me today? Does attempting suicide change you in some way I didn’t know about? “If you want me to. I’d just have to call my dad later, then.” My voice was shaking. I was going in to “nice mode”. F***.

See, usually I am my apathetic, sarcastic, lovable self. But sometimes something sets me off and I go in to “nice mode”. Guess I was really upset over my dad possibly finding out I was gay. But whatever. I hate “nice mode”, end of story. I’m not going to say any more on the subject.

So I picked up my phone from the floor and called my dad. He was upset over me having to stay over but he understood because it was a “really big project”.

Nothing was distracting me now because Dad hadn’t asked if I was a lesbian. If he even had an inkling that I could be one, he would have been as confrontational about it as possible. But he didn’t. So I felt better.

Putting out my cigarette on the windowsill, I crawled back in to bed. My unattended spot was cold now, so it wasn’t very comfortable.

“I’m going to try to sleep now. We can always wake up later and do more stuff. At least, we’d better be able to.” Jecca proclaimed. Everything seemed fuzzy then, so I didn’t reply. I simply pulled the covers around myself, closed my eyes, and let Jecca run her fingers through my hair as we both drifted off to dreamland.


Thunder began resounding at about 5 AM. Guess we hadn’t needed an alarm clock after all. But wait, it was Saturday! F*** it.

I glanced over at Jecca, who was totally unaffected by the storm. She had to be on drugs, or taking sleeping pills, because how else could a human being sleep through all that thunder?

The ceiling fan had been turned on, probably because the summer heat had returned and Jecca’s dad never turned on the air conditioning. As it made its circular motions, it produced this annoying noise, very Star Wars light-saber-ish. I wanted desperately to turn it off, but realized that something small like that could very possibly wake Jecca up.

So, why not just wake her up in a good way?

I nudged her a few times with my hand, whispering her name loudly. Eventually my whispers turned more into a hiss, and my nudges turned to shakes. She was such a freaking heavy sleeper. I bet she wouldn’t even wake up for a reenactment of the bombing of England during World War II. Okay, maybe for that.

Thinking that I should just wait the half hour for the alarm clock to wake her up, I closed my eyes. Then my phone rang again, this time with a Scorpions ringtone. Shay.

Groggy from exhaustion, I got out of bed and located my phone on top of the pile of clothes.

Shay could be such an ass sometimes. He didn’t even sound upset or anything, he was more of mellow. Mellow yellow.

“You didn’t wake me, thanks for asking.”

Okay, maybe that came out a little mean. But he deserved it. Most times, when he asked a question, it was really him asking for a favor. Although none of those questions were so important that I’d been called at five in the morning on a Saturday.

“Nothing. I just have to tell you something. And I’m not going to tell you about anything because who knows who can use it against me?”

“No! Just listen to me. I accidentally was talking to my sister and let it slip.”

What the hell was he talking about? “You let what slip?”

“That I’m not perfectly straight.”

Whoa. Hold up, rewind this. He’s bisexual? Since when? He had to have been on something because he’d never told me this. I guess that maybe he thought I was trustworthy. “It’s okay, she wouldn’t tell. Autumn is harmless. She may be the school b****, but she isn’t stupid.”

“Okay. Well, okay. Thanks for answering my question.”

What a waste of my sleeping hours. He couldn’t have waited for daylight? Whatever, he was probably drunk in his room or something. Or maybe he was having a panic attack over it, making him unable to think straight.

I heard a whimper coming from the bed and saw that Jecca was waking from her deep slumber. “Who were you talking to?” she questioned, mid-stretch.

“How about something different than sleep?” she asked, pulling me down on to the bed with her.

I was going to be a very tired girl in the morning. 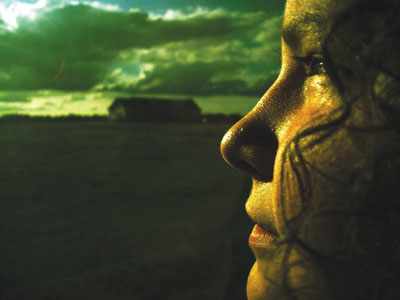