A Satire of Gross Proportions

Weight is one of the most pressing issues the world faces today. People in resource-rich countries such as the USA and United Kingdom feast on traboccant delicacies every day whilst desert residing people munch on dirt simply to survive. Why then, has something not been done? Why is food still being given to the obese children while the starving people’s bellies are full with worms?
The solution, in fact is quite simple. To save the children burdened by starvation and paper thin, we must kill all the people over a certain weight and roundness. The fare that would have been consumed by these pompously proportioned people will be given to those which have scaevity in their everyday life or simply choose to be bulimic. On the flip side, we could also kill those that have passed a certain level of hunger as well as those that refuse food, such as anorexics. Muscle density may or may not be taken in account.
Murder in today’s times is quite frowned upon, though it may yield wonderful benefits for those volgivagant in body proportions. A faintly perceptible collar could be worn round the neck at all times, monitoring a subject’s hunger, need, weight and fat percentage. At any period of time, if the victim, or subject, is not within their normal body mass, a single electric shock would go through them. For a first offense, a simple burst would be a warning when they woke up from their three-day coma, while a second would put them in a hospital for a month. This hospital visit would ensure that they are getting enough nutrients for their body or not getting any at all. The third offense, of course, would be fatal.
My assumptions and studies over a period of a day have shown that a significant amount of overweight people would die in the first three months to produce a shortage of jobs. This would not pose an immediate problem, as we could import people from impoverished countries such as Mumbai, Africa, Asia and Switzerland. The most crassulent beings would be killed first, working our way down through the overweight.
This method of weight control would not only help distribute the amount of food in the world, but also help people achieve the ‘ideal body image’ in fear of being electrocuted and eventually dying. It would prevent the overweight from being teased, as they would be killed or forced to be thin. This would lessen the amount of bullying and suicides in fat people and weight-related diseases would also go down. Anorexics and bulimics would gain from this when forcefully fed nutrients to help their body survive at no extra cost.
Modernicide would eliminate the need for bulky, pigheaded athletes that do almost nothing and their stupendous pay would go to feeding the hungry and/or other government programs. Muscle density could be taken into account in view of a person’s civil doings, personal life, exercise and education. Pregnancy would count as being ‘normal’ unless the subject over exceeded the maximum weight restrictions. In that case, the subject would be given their shock after birth. What level of electricity is applied would depend on what offense they were on.
Because victims respond well to threats combined with rewards, a person who has lived over sixty years of being regular weight without one offense would be given an allowance of stoutness for the remaining years without fear of punishment. For people who have collected one offense, the law would lax at age sixty five. For two offenses, age seventy would be the minimum age, and for three offenses, they would have an eternity.
The idea of killing obese or emaciated people is repulsive at first, but once mulled over, the idea is revolutionary. This not only controls world hunger, but allows each person to achieve the ‘ideal’ size. I hope that one day, this notion will become reality. 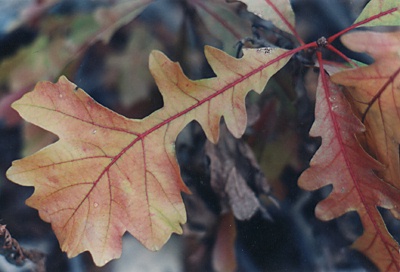 The author's comments:
READ THIS: Before you call me prejudiced against overweight people or athletes, THIS IS A SATIRE! A satire is a piece of fiction written to address a world problem. It is NOT an idea I would really put into effect, and that is why it is placed under 'Fiction'. For more information, look up satire in the dictionary and read "A Modest Proposal" by Jonathon Swift. ALSO: There are several words taken out of the dictionary. They are defined at the end of the article.
Post a comment
Submit your own