I Didn't Do It-I Was Eating Cake! | Teen Ink

I Didn't Do It-I Was Eating Cake! 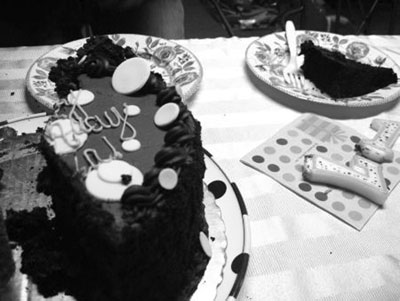 The author's comments:
AN EXCERPT FROM THE NOVEL ABSENT AND ALONE on lulu.com
stores.lulu.com/nicalicefulleratgmaildotcom
Samantha Grey, notorious 'cursed girl' is headed to the WHHS ROTC banquet with her two bodyguards Sera, Bass and eternally beautiful boyfriend Jeffrey O'Donnelly.
Her attempt at a normal high school function is terribly shot down when Lady Bad Luck shows up once more.
Post a comment
Submit your own

View profile
Haha! Great story! What would be the chances of something like this happening! The story was very interesting, and a pleasnt read.