The Great Showdown of the Century | Teen Ink

The Great Showdown of the Century

This day shall not be unremembered. This day shall captivate listeners when the very title is mentioned. Children sitting around the fire will beg their elders to retell of this day for decades. Why does this day hold such high importance? It is because today of all days is the day when Chef Antonelli finally tracked down The Master Chef Saradine. He wanted to track him down to challenge him to a duel, a duel of one of the finest talents to compete against: culinary arts. This battlefield is no other than Chef Saradine’s kitchen itself, for this is where Chef Antollelli found him.

Now you see, when Chef Antonelli was a child, The Master Chef, though no master at that time, competed against Antonelli’s father for the title of Master Chef. By Chef Saradine’s dirty work he won the competition and humiliated Antonelli’s father. So now Anotnelli was here for revenge and to defend his father’s title. It did not help that the audience waiting and watching nearby was uneasy. They were sitting uncomfortably to the side so they would be out of the chefs’ way. That, and Mr. Paul’s judging table took up space. The tension between Chef Antonelli and Master Chef Saradine was so thick you could taste it, and it tasted foul.

“A duel is bad enough,” muttered Father Brown, rubbing up his rough dust-colored hair, ‘but there’s something wrong about this duel, even as a duel. I feel it in my bones. But what can it be?” (G.K. Chesterton, 27).

“Alright men, choose your cooking utensils!” announced Mr. Paul, “Now here are the rules: there shall be three hours for you to make my favorite food: a la lasagna! And that is it! There are no rules! Have at it boys! The tastiest dish wins!”

Mrs. Anthony walked up to the judges table and roared into the microphone:

And they were off! Mr. Paul announced their actions while Father Brown, Mrs. Anthony, and the crowd watched in suspense. Chef Antonelli rushed to the fridge and pulled out meat, vegetables, and cheese while The Master Chef began with boiling the noodles. When Antonelli ran to the cabinet to retrieve the noodles, he found they were all out.

“There are no rules Antonelli, you will figure something out!” he responded.

“Well, since there are no rules, I guess I will just steal some noodles back,” mused Antonelli.

When Saradine was not paying attention Antonelli reached a bowl in the pot and retrieved some noodles out. Saradine did not even turn around when he heard Antonelli tip the pan over to waste the rest of his noodles. Why didn’t Saradine turn around? Because he was listening to the catchy tune of his favorite song: “Keep those noodles hot” Afterwards, Antonelli rushed back and put them into his pot. When Sardine returned he noticed some of his noodles were missing...and the rest were on the floor.

“Thief!” he cried. “And you spilled the noodles! Why you horrible, terrible, no good, very bad—”

“That’s because you had that song in your head! Get that out of your head! I could hear you humming from here, Sardine!”

Without hesitation, Sardine (Oooops, I meant Saradine) stole some meat, vegetables, and cheese from Antonelli. This enraged him, and Chef Antonelli shouted:

“If you are going to steal my meat, vegetables, and cheese you might as well take them all!” He began chucking bell peppers, tomatoes, and zucchini at Sardine. This made the contest more interesting for the onlookers.

“What have we here!? A food fight?! Well, if the ingredients are being thrown, what will become of the lasagna?” announced Mr. Paul.

The audience began chanting the chefs’ names. Others chanted the names of the vegetables being thrown. And some opened their mouths wide hoping the chefs had bad aim.

“I must do something, havoc has already broken out, and only God knows what will happen next,” muttered Father Brown.

He hurriedly ran into the kitchen and grabbed whatever noodles, meat, cheese, and vegetables had not been thrown. He hastily put them together and ran to Mr. Paul.

“Mr. Paul! Here is your lasagna,” he sighed.

“Aww! The duel was just getting good.”

“Oh alright. The contest is over!” called Mr. Paul.

When Chef Antonelli and Master Chef Saradine realized that the contest was over, they stopped throwing food across the kitchen. For they had begun to have a food throwing competition. To see who could throw the most food into the audience’s mouths. (And FYI, Antonelli was winning).

“The winner of the lasagna cook off has been decided!” shouted Mr. Paul.

Antonelli and Saradine were perplexed at how the winner had been decided when they had not submitted any lasagna to Mr. Paul.

“The winner of the lasagna cook off is...Father Brown!” announced Mr. Paul. The audience cheered. Antonelli and Saradine glared at each other.

“This is not finished! I will have revenge and beat you in a cook off one day!” declared Antonelli.

“You will have to catch me first!” mocked Saradine as he ran out of his kitchen.

Antonelli continues to pursue Saradine to this day. Meanwhile, Father Brown is not only known for his devotion to God but for his culinary skills. For now, he is not only a priest but The Master Chef, as well. And now you know why this was the great showdown of the century. 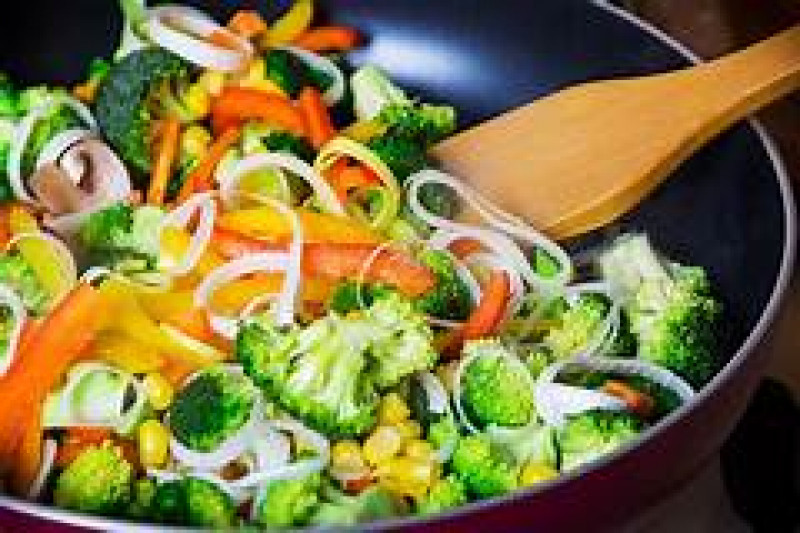 The Greatest Cooking Showdown of the Century is between two chefs who compete for the title of Master Chef. But as a food fight breaks out, which one will win?