A fresh breeze of air wafted through the window. She was quietly sleeping on her bed peaceful and untroubled as the sun came up. Her breathing was even, and her breath smelled sweet like rosemary with a hint of the mint toothpaste that she brushed her teeth with the night before. The birds were chirping melodiously and harmoniously and the squirrels were running around the bushes with acorns in their mouths. Everything was calm. The sound of car engines driving through the town in their early morning commute was a faint buzz in the distance.

A sudden sense of fear ran through her nerves like the chill of an icy wind. She heard a thin shrill voice next to her like the sound of an expiring mouse. She turned. Beside her, he was dead a crumpled heap on the pure white snow. A tear like silver, glistened in the corner of her eye but she knew she had to keep going.

Soldiers were dying all around her, all she could hear was gunshots. Her gun was at the ready, ready to fire and take a life away. The battle was the bloodiest she’d ever seen. However, she had to keep fighting, for her family. Four years of fighting, of loss, we won, we finally won. Her eyes were as bright as the day, tears streaming down her cheeks.

Grandma! The little boy said, as a waterfall of sadness was falling from his eyes. Please don’t go Grandma I love you! And then she knew, what they meant, when someone’s life passes before their eyes as they die and she saw the light, bright and shining, and closed her eyes for the final time, sinking it in. 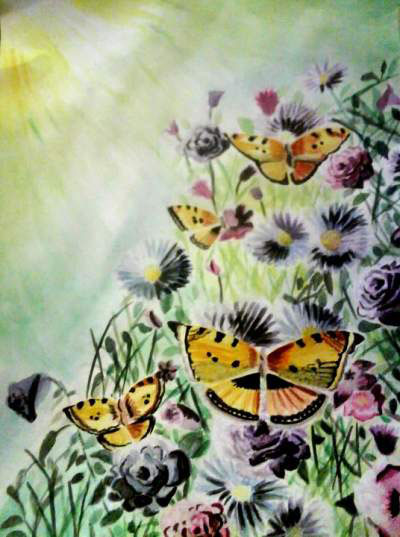 Favorite Quote:
Everything is awesome