The Illusion of Control | Teen Ink

The Illusion of Control MAG

“Americans have a special horror of giving up control, of letting things happen in their own way without interference. They would like to jump down into their stomachs and digest the food and shovel the s--t out.” – from Naked Lunch by William S. Burroughs

Though I would rarely compare myself to an average American, I cannot help but agree with Burroughs. Whenever I feel that I’m losing control (which I never actually had to begin with) over the “big things” – politics, the environment, human nature, newspaper article deadlines – I become almost ­obsessive over little things: I insist on keeping all the writing in a notebook the same color; I would rather not take notes at all than switch pens. I keep my textbooks in perfect condition; the slightest crease in the cover or mark on a page is ­reason to buy a new one. And God forbid someone should borrow my pen and return it sans cap. That’s a deadly risk for both of us, for it means that while my friend lost only a pen cap, I lost control. And there is something thoroughly frightening about losing control. It’s as if helplessness were something inefficient, un-American, anti-capitalist.

When I was young and silly (six months ago), I was a simpleton and an idealist. I was told then (and still am today) that I could change the world if I wanted to – and I honestly believed it. Today, I am among the ranks of cynical youth. Having spent a few months of my sixteenth year as a nihilist, sometimes I still fall into the traps of that Jacobian forbidden fruit of knowledge and insist that nothing I do ­really matters. It is this deadly knowledge, this feeling of helplessness in the face of the brutal armies of ignorant baboons (who call themselves proud Americans) that makes me want to shoot up the calming heroin of symmetry and neatness and the illusion of control.

I would have remained in this semi-neurotic state were it not for writers like William S. Burroughs and Herman Hesse. Though radically different in every aspect of their writing, both of these men showed me the absurdity of my control issues, something for which I can neither forgive them nor thank them enough.

Naked Lunch, which made little sense if any at all, nonetheless had an impact on me that I can hardly begin to put into words. It was a thoroughly disgusting novel, but Burroughs, with his twisted sense of humor, intended it to be just that. It taught me, however, the sheer impossibility and foolishness of attempt­ing to control anything in this mad, mad, mad, mad world of ours. After all, what sense is there in running around like a psychopath, trying to force everything and everyone (including yourself) to be perfect, while completely forgetting your own being? Ultimately, the life of a perfectionist is depressing and meaningless.

Siddhartha, on the other hand, took me on a far less nauseating journey. It showed me how to let everything slip out of my hands, like water or sand, and to simply float on the river life, without attempting to rearrange the pebbles on the river bottom along the way.

Unfortunately, I started my college applications well before I read Naked Lunch or Siddhartha. Needless to say, I was completely overwhelmed. I didn’t know where to apply, what to major in, or even what essay topics to write about. In fact, I fell into a short-term depression every time I even looked at my copy of The Princeton Review’s 361 Best Colleges.

Today, all my college application nightmares have dissipated, leaving me completely content with all my decisions and – ironically enough – in control. I have realized that all the stress and worrying was a worthless expense of energy and time. In the end, everything fell into place and worked itself out as if by magic, without my going insane trying to control it and make it perfect.

And by the way, I now allow myself to mix pen colors in my notebooks. 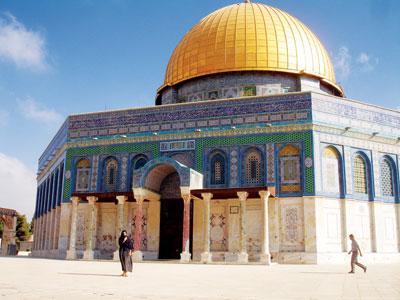 View profile
I have to hand it to you, Anastasia, this is one of the best essays I've come across thus far. While its very nature borders on offensive, the more light-hearted moments kept it controlled and relatable. Bravo!
Anastasia Q said...
on Sep. 20 2010 at 9:42 pm

View profile
It's good but there is very little of your own origional opinions in there, it seems as if you are merely elaborating on what the other author said. Don't get me wrong you definetly got some "pinash" , you work is plagued with same thing everyone else's is, it's not an origional thought.
ninekindzofme said...
on Apr. 17 2010 at 10:52 pm

while you made everyone else look bad, your reply to benjamin101 made you look even more snobby which I found funny.

Your essay made everyone else here seem like they write nothing but crap. Which is sad, but encouraging at the same time.

For that, I am grateful to you.

Favorite Quote:
"A thing is not neccessarily true because a man dies for it."

Beautifully written! As a nihlist, I found myself agreeing with so many aspects of this article, and then taking notes when book titles were mentioned!

After reading this, I am left with more than a good impression of a piece of writing--I'm left knowing that the world still has young thinkers. I hope by my sixteenth year (as you say it) that perhaps I will be able to relate to the latter half of the article better.

Elisabet H. said...
on Mar. 5 2010 at 12:06 am
Very nice! Agreed, profesional yet friendly, relatable, and nice bits of humour.
very_literary SILVER said...
on Feb. 10 2010 at 5:58 pm
very_literary SILVER, Ballwin, Missouri
7 articles 0 photos 46 comments
View profile
I really liked this essay, you were able to keep the theme throughout it while still keeping the reader engaged through the bits of humor here and there. Nice job overall!
SharpestSatire said...
on Jan. 19 2010 at 7:28 pm
Very nice. I like the style: friendly but professional, which I hope makes sense. :) Congrats about getting into several top schools!
Anastasia Q. said...
on Dec. 6 2009 at 11:20 pm
Yes, I did.
Benjamin101 said...
on Dec. 6 2009 at 3:58 pm
Congratulations. As I said, nice essay. Even so, claiming you got into several top ten colleges with this essay doesn't really answer the questions I propose. Did you understand the terms your were using?
Anastasia Q. said...
on Dec. 6 2009 at 3:46 pm
I got into several top ten schools with this essay.
Benjamin101 said...
on Dec. 6 2009 at 11:00 am
The vocabulary you use in this essay is quite impressive. However, I fear that you may be throwing out words which you yourself do not completely know the meaning of. Nihilism, for example, is a powerful and extensive philosophical outlook; you claim to have been a nihilist at 16. I ask, do you really have an in-depth understanding of the view? Along with this you claim that those who call themselves proud Americans, or at least some of those that claim to be proud Americans, are ignorant baboons. Whether you think this is true or not, don't you believe it is fairly risky. The colleges you are applying to are American ones I presume. If you know anything about colleges you'd know that they are business first, education second. They love the American system, because they love control. On a side note, the use of contractions is also dangerous in my opinion. Nice essay though.
Bethani GOLD said...
on Nov. 14 2009 at 8:55 am
Bethani GOLD, Highlands Ranch, Colorado
10 articles 0 photos 508 comments

View profile
This is so true! I wish people didn't need to go OCD tho.
rach205 said...
on Jan. 24 2009 at 12:52 am
I loved this essay! You managed to keep cute little moments of humor without losing the big and powerful picture. Wonderful.