My generation’s greatest challenge will be coping with the real world. We are the most shielded, mollycoddled and over-protected group of kids to grow up in America. We’ve been separated from war by distance and the worst thing that could possibly happen is for our favorite reality television show to be cancelled after only four seasons. Oh, how we’ve suffered.

In the age of the iPod, news has faded into something that occasionally appears on AOL’s welcome screen. When my generation does catch a glimpse of news - an explosion in a foreign land, terrorists threatening America - it seems distant and unlikely to affect us. We constantly see support for the troops fighting heaven-knows-where, so it’s a natural assumption that we don’t have to worry about our safety; we can pore over the latest celebrity hook-ups instead.

Applying to colleges and having to prove ourselves has been a nasty enough shock for my generation. The last few years, I’ve noticed more and more of my high school’s alumni staying in town to go to the local college. Is the real world really that frightening? Most of these kids have never lived out of state and probably never will. It has become too easy and too comfortable to feed off our parents like preppy little parasites. Why go out into the world and make a name for yourself when a smaller, safer version of the world is handed to you by Mom and Dad? Talk about difficult decisions.

The real challenge will come when we finally have to take on authoritative, demanding roles in society. How are we coping so far? According to The Washington Post, “one in 10 American women takes an antidepressant drug ... and the use of such drugs by all adults has nearly tripled in the last decade.” That would make my generation’s greatest challenge be coping with reality without drugs. We’re not doing so well, so far.

If we don’t start to adapt soon, our country and world will be run by underqualified “Daddy’s little Princesses” who will take uninformed standpoints on important world issues. We have to start taking control of our lives now, before we get too comfortable living in the passenger seat. 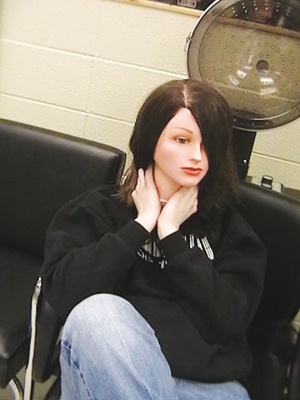