I don’t have any alumni ties to Brown, though it’s possible I could be the long-lost granddaughter of James S. Miller. Never have I sailed the Pacific Ocean on the back of a humpback whale, nor can I wrap sushi with the skill of former Iron Chef Masaharu Morimoto. I haven’t done much research regarding podiatry, and chances are I will never win the Michigan Mega-Millions lottery. I am, however, the proud owner of a Little Mermaid Edition Barbie.

At some point in almost every little girl’s life, she becomes engrossed in the Pepto-Bismol-pink world of Barbies, a place I entered at the age of seven. My sister, Hannah, and I decided to take our collection of 11-inch plastic friends for a dip in the pool one sweltering summer day. Hours of giggling resulted from tossing the Barbies as high as we could into the air and watching them dive gracefully into the waves. Three … two … one, I launched my Little Mermaid doll in the same fashion as Apollo 11. We watched her rocket into the sky. I glanced at my sister, who was scrambling through her scorecards to make sure she had the well-deserved “10” ready. My eyes returned upward, anticipating the gymnastic stunts Barbie would undoubtedly deliver to her enraptured audience. Where was she? The crowd was growing restless. Had she landed on the moon?

Utterly bewildered, we combed through the freshly mown grass and woods, but unfortunately, our search bore no fruit. After a moment of sorrow, our tiny attention spans directed us to a different game, and our minds fluttered away.

Over the years, I encountered many of my own quirky adventures. As a field biologist intern, I camped for 15 days on an uninhabited island, purified my own water, surveyed the endangered Piping Plover, tested the water quality of lakes, and found my way out of 70,000 acres of northern Michigan wilderness. My view of the world broadened through travels and encounters with the Costa Rican, German, French, and Australian cultures. I won varsity letters, had my poetry published, and volunteered at a local hospital, and as I grew older, the mystery of the once-beloved Little Mermaid Edition Barbie faded into a misty memory.

One recent fall day, rainbow-colored leaves swirled through the air and the chilly breeze carried its pleasant scent, an amalgamation of bonfire and pumpkin. Upon the rooftop was not good Saint Nick, but rather my dad, cleaning the leaves off our house. Tied to the branch of an ancient oak tree, the tire swing moved my body in a pendulum motion. My dad approached with something dark in his hands. “Eh … does this belong to you, or Hannah?” he said with a look of perplexity painted on his face. I couldn’t believe my eyes: It was the Little Mermaid Edition Barbie! The poor girl – she was an absolute disaster. I affirmed my ownership of the traveler, and took her battered body in my hands.

Nine years had passed since I had seen the almost-world-renowned Olympic diver. I recalled that summer day and smiled as memories flooded my mind. She looked as though she’d been struck by lightning a few times, weathered heavy monsoons, and held onto the gutter for dear life during tornados. Her mangled arm appeared to have been mistaken for a worm by a ferocious momma bird. Leaves, dirt, and other debris were entwined in her once shiny, cherry locks. Her attire was tattered – she seemed to have fashioned herself a Tarzan-esque ensemble. Her ingenuity was impressive; it reminded me of an experience in which I had to craft socks out of a garbage bag and medical tape, then wear them for three days in pouring rain. Nevertheless, one thing stood out as I ogled my long-lost friend: her face.

She wore a radiant smile, a look of contentment, self-confidence, and accomplishment. With head held high and a positive attitude, she had battled life’s unexpected challenges. She knows now what it means to strive and succeed. I realized the world of pink doesn’t fit someone with so much potential, so much passion for learning, so much heart, independence, and creativity. I looked at her and saw myself reflected in her sapphire eyes.

Like her, my dreams lie far beyond those of a Stepford wife, and with the ability to bend and not break, I am ready to step out of my plastic box society, through the Van Winkle gates, and into a world of endless possibilities. I crave the works of Thoreau and Emerson, not mall directories or grocery lists. I desire adventure and the opportunity to study new cultures. I long to write what I want and voice my opinions with my whole heart behind them. And as the Little Mermaid Edition Barbie sits on my shelf, next to musical and athletic trophies, behind silly pictures of friends, and alongside books by Maya Angelou and Lewis Carroll, she reminds me of myself. For this ambitious girl, pink is not enough; she is ready to dive into Brown. 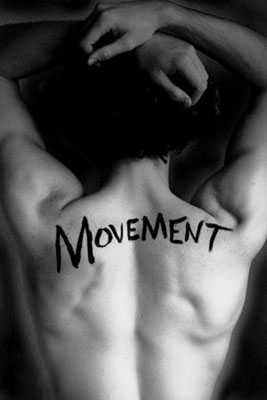 This article has 139 comments.

I think this is plagarized. yes? no? You be the judge... in the book "100 Successful College Application Essays" edited by the staff at The Harvard Independent, Jamie Metzl's essay to Brown University's first paragraph reads: "I do not have a father on the alumni board of Brown, I don't even have an uncle there. All right, I was not elected to the presidency of soem huge, national corporation. I can't (if you promise to keep it a secret) tell you of my Olympic trial in the javelin throw. (Probably because I've never seen one of those long, wormy things.) I do, however, have a seven-inch-tall plastic Godzilla."

strawberryblonde said...
on Sep. 22 2011 at 6:33 pm
If you didn't get into brown then I will legally change my name to john stamos.
BARBIE-GIRL said...
on Sep. 14 2011 at 1:51 pm
wow. this was just awful. you know nothing about real barbies do you? you clearly arent a true B-A-R-B-I-E barbie girl. i would be suprised if you got into brown.
marcus said...
on Sep. 7 2011 at 8:54 am
this is over 800 words, shouldn´t the essay be only 500 words tops?
kandieandiegrl said...
on Aug. 19 2011 at 7:53 am
This essay was brilliant! I never would have thoiught of something as plastic a Barbie as a symbol of strength. I hope you got into Brown!
summerluvin080 said...
on Aug. 14 2011 at 1:16 pm
summerluvin080, Owings Mills, Maryland
0 articles 0 photos 1 comment
View profile
This is really something else! It is wonderful. It is amazing how you take what could have been such a trivial and humerous story and turn it into something deeper. I am working on my college essay now and hope to captivate the same type of emotion and sense of self that you put into yours. This is truly an excellent piece of writing!
sapa17 said...
on Jul. 29 2011 at 5:47 pm
wow, just speechless
youaretheinkandlifeisthepaper BRONZE said...
on Jul. 20 2011 at 11:52 am
youaretheinkandlifeisthepaper BRONZE, Houston, Texas
3 articles 0 photos 26 comments

Favorite Quote:
"I want to unfold. I do not want to be folded anywhere, because there, where I am folded, I am a lie." Maggie Stiefvater

Favorite Quote:
Even the best fall down sometimes

Favorite Quote:
"I'm tired of following my dreams. I'm just gonna ask them where they're going, and hook up with em later." Mitch Hedburg

Favorite Quote:
"Isn't life a series of images that change as they repeat themselves?" -Andy Warhol

View profile
This is quite possibly the most well-written, imaginative, colorful, insert any positive adjective here, essay I have ever read. The way that you took something as trifling as a Little Mermaid Barbie and turned it into something beautiful and meaningful, it mind blowing. The use of color and words like "sapphire eyes" and "cherry colored locks" were simply wonderful, almost like candy. Your essay really does stand out and I also really loved the tie-in of pink and Brown at the end. It was a great play on words. Gosh I really can't say enought good things about this. I was pretty confident with my college essay but now I'm having second thoughts haha. Great job!
emilysbreakfast GOLD said...
on Oct. 9 2010 at 5:29 pm
emilysbreakfast GOLD, Alto, Michigan
10 articles 0 photos 48 comments
View profile
I swear you could sail into brown on this essay alone.  The way you tied your own life experiences into such a quirky story, was ridiculously clever.  The execution & voice were top notch.  Clearly, you'll do well wherever you go.
Brittany Wallace said...
on Oct. 1 2010 at 9:05 am
Brittany Wallace, Durham, Maine
0 articles 0 photos 2 comments
View profile
I think this essay was incredible.  I loved the last paragraph, it really put the story together.  I love your storyline and your sense of word choice.  Great Job! :)
yellow-pages SILVER said...
on Sep. 26 2010 at 7:24 pm
yellow-pages SILVER, Still Not Available, Other
9 articles 0 photos 7 comments

Favorite Quote:
"We are all a little weird and life's a little weird, and when we find someone whose weirdness is compatible with ours, we join up with them and fall in mutual weirdness and call it love." -Dr. Suess

This was great! I loved the ending sentence, it brought the whole story back around, closing it perfectly.

Anyway, with an essay as great as this I really hope that'll you'll get excepted.

Not that I really think you need any of my luck. (: