Ironically, it took me nine years to learn how to spell dyslexia. They may as well have named it supercalifragilisticexpialidocious. I remember sitting in my fourth-grade class, reading, The City Of Ember. My teacher would call on students to read out loud. My stomach would drop thinking about who the teacher would call on next to read. I could read independently, but when I read aloud it sounded like a baby spitting out its first words. I skipped words. I skipped sentences. I had to restart sentences, and I mispronounced words. I never understood why everyone else in my fourth-grade class could read without any mistakes. I felt alone, and stupid. It took me two times longer to read a page than any other student. I felt judged by other students. At the very least, I felt they were annoyed. If anything, I was annoyed at myself. I was annoyed at myself for not being able to do what so many others could easily do.

Having a learning disability has helped shape me to be a stronger student and person because of all the strategies I rely on that truly give me advantages with challenging assignments and life circumstances. Dyslexia is not my setback dyslexia is my springboard into challenges that help me continue to go. I have dyslexia but, I will not let dyslexia have me. 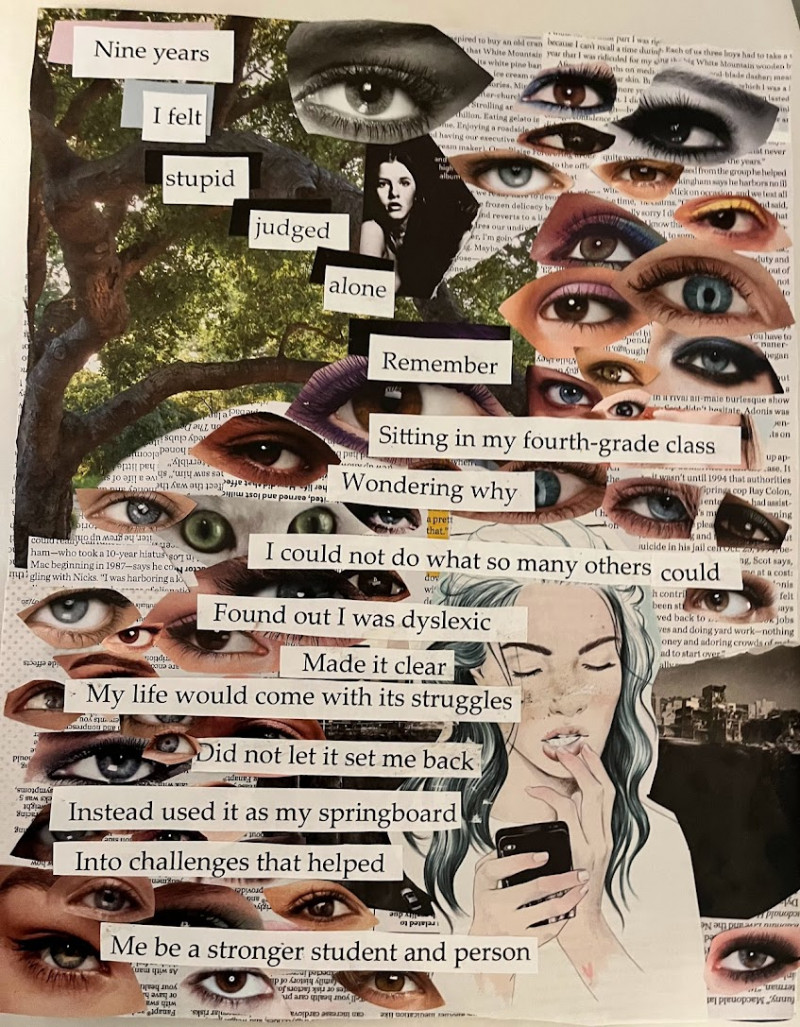 You may find yourself wondering why something is setting back your life when you may need to look at it as a strength.