What are sources of mental health issues in the modern world? | Teen Ink

What are sources of mental health issues in the modern world?

Mental health issues are acknowledged much more in the modern world, which has most definitely improved treatment for mentally ill individuals, yet, the modern world seems to have entirely new issues that affect mental health in ways unseen until now. General sources of mental health issues include childhood abuse, experiencing discrimination, severe stress, bereavement, social disadvantage such as poverty or debt, domestic violence, drug or alcohol misuse, homelessness or unemployment, significant trauma experiences as an adult such as military combat, physical causes such as epilepsy and social isolation and loneliness, which are possibly the most relevant causes in today’s current climate. There is also strong evidence to suggest that in some cases, it may just be our brain chemistry that cause mental health issues, or mental problems may run in the family, especially with, for example, schizophrenia. These sources of mental health issues, clearly, do not link directly to the modern world.

Perhaps one of the most well researched and widely debated issues in the modern world that is often said to be a defining source of mental health issues or at the very least have some hand in mental problems is social media. There is no doubt in my mind that every teenager has heard the phrase, “It’s that phone,” in response to complaining about something like a headache. According to psychologists and researchers, it could very well be, ‘that phone,’ that contributes to not only possibly a headache but one’s mental health. One of the first studies done in 1998, Kraut et el, found that internet use greatly effects one’s participation in society and social relationships. The researchers found in their study, that increased use of the internet decreased the time spent with family and their social circle, resulting in feelings of loneliness which as said earlier is a factor that can result in mental health problems. Though this is a somewhat rudimentary idea as there were not nearly as many social media platforms in the 90s as in the current day and age, they were ultimately correct in their findings as supported by many recent studies. A study that took place in 2018 with teenagers between the ages of 14 to 17, compared teenagers that spent seven hours per day on social media to those who spent only an hour on social media. Teens who spent more time on social media were twice as likely to have been diagnosed with a mental health issue such as depression, been treated by a professional and have taken medication for that mental health issue. Social media also seems to have a definitive effect on self-esteem as indicated by multiple studies. Vogel et al, was a study done in which college students were given a survey to investigate the effects of social media on one’s self-esteem. They found that those that had higher scores in the social comparison area of the survey had a lower sense of self-esteem. The overall theory suggested by researchers with empirical evidence is that we perceive our friends on social media as having better lives than us and experience reduced self-esteem due to that. These feelings we experience can quite clearly link to the development of eating disorders and how they can develop partially as a result of social media. There are, an endless amounts of posts on any social media platform that include dieting, tips for weight loss, workout routines and unrealistic body sizes that have often been edited to look that way. This leads to people feeling inferior and having low self-esteem and a negative body image. Most studies seem to suggest that teenagers are more affected by this as they are the most active group on social media and that specifically girls struggle with body image as a result of social media more than boys. A Common Sense Media survey found that 27% of teenagers experienced distress over how they looked in a photo they posted and 22% felt negatively towards themselves when nobody commented or liked their post. These statistics prove how social media causes unreasonable stress and effect how we see ourselves.

Cyberbullying is another issue that seems to greatly impact mental health. The effects of cyberbullying seem to be anxiety, a depressive mood, suicidal behaviour, loneliness and sometimes physical issues like headaches. Though cyberbullying is somewhat of a recent development, the effects of it on young people have been astounding and there is plenty of research to support the overwhelmingly negative effects that come with cyberbullying. By definition, cyber-victimization is the action of victimising someone through the use of technology. Researchers Raskauskas and Stoltz investigated the correlation between cyberbullying victimisation and higher levels of depressive affect. They asked participants, adolescents, open-ended questions about their experience of cyberbullying and the effects. They found that 93% of the victims said they experienced negative effects and negative feelings, notably, misery and helplessness. Hinduja and Patchin conducted a study further investigating the suicidality that come with cyberbullying, including research on both victims and perpetrators. They gave a survey of Internet use and experiences to 1,963 middle schoolers in a large school district located in the United States. The results indicated that those who had been involved in any type of bullying, as the victim or perpetrator, were more likely to experience suicidal thoughts or commit suicide than those who had not been involved in any form of bullying. However, they did discover that suicidal thoughts and behaviours were more likely to occur in the victim than the offender. Overall, cyberbullying seems to be a contributing factor to many mental health issues and clearly deaths in modern society.

Despite all this critical evidence suggesting social media is without any positive effects, that is not the case. Social media is by no means a black and white topic in terms of its effects on our mental status. Social media has been seen to improve people as well as it can hurt people. It can inspire healthy lifestyle changes just through the simple action of setting a goal for oneself on social media as it promotes accountability, encourages your friends and family to support you or join you in your goal and increases chances of success.  Social media also, perhaps most importantly, relieves feelings of social isolation and loneliness by allowing people to communicate with family and friends all over the world. This has been particularly important in the COVID-19 pandemic, as many have been suffering with mental health issues which were not helped with the isolation from friends and family.

The most relevant modern issue today I believe is the pandemic COVID-19. This pandemic has not only plagued the world in terms of the actual physical illness but has affected millions, if not billions, of people’s mental health. As said many times throughout this essay, isolation and feelings of loneliness can be causes of mental health issues. This is perhaps the most lonely and isolated many people in the world have felt due to the lockdown regulations. These regulations are obviously in place to protect people, but that does not diminish the mental health effects that it will have in the near and distant future. A study done by UCL known as the COVID-19 Social Study found from data collected from over 70,000 adults between the 23rd of March and the 9th of August, that the average depression score was 6.6, using the Patient Health Questionnaire to measure depressive symptoms, and an 5.6 for feelings of anxiety, measured using the Generalised Anxiety Disorder Assessment, in the first week. The levels continued to decline, fastest at the point when lockdown rules were the strictest, this was between two and five weeks, but levels of anxiety and depression began to ease as the lockdown rules became lighter. With regard to this most recent lockdown, there has been little evidence to suggest what sort of effect we have experienced mentally but I believe, should the same research as done with the first lockdown be carried out now, the results would be very similar, if not worse, due to the growing frustration and annoyance at the repetitive isolation the British public feels. The evidence for that conclusion? The unnatural excitement everyone, myself included, seems to experience at the idea of a trip to the grocery store.

Ultimately, what can be said to summarise the sentiments of this essay, is that social media undoubtedly has a negative effect on our mental health, however, it has become startingly clear that social media has positive attributes as well. That main attribute being the ability to stay connected with friends and family. As we have seen in these times, social media has helped soothe the separation from family and normality. 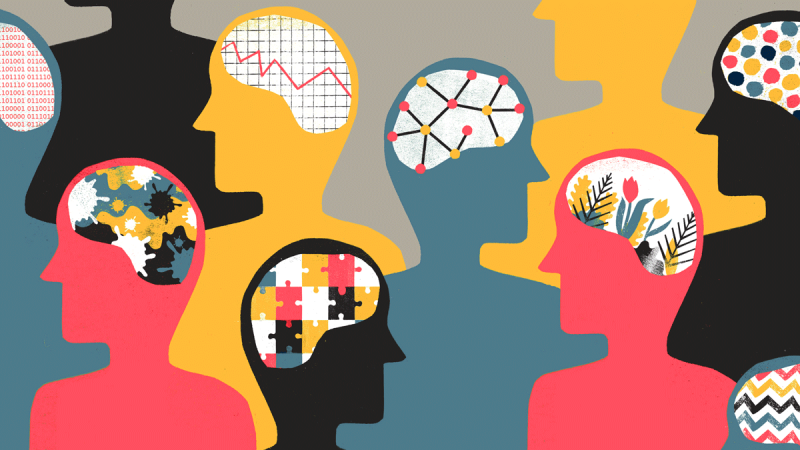 © Danielle B., United Kingdom, Other