What defines a hero? Is it someone who puts the good of things above everything else? Does that said person have to have experienced an evil act, to fully appreciate the good in the world? According to Merriam Webster, a hero is a legendary figure, even a mythological, figure, who has great strength or ability. In this short essay, I will examine different definitions of what a hero is, and narrow down these vast definitions.

According to Chelsea Chico, the writer of the article “We Can All Be Heroes”, a hero is someone who impacts someone else. They are people who help others, with some examples being firefighters, police officers, and even teachers. Teachers these days are the ones who build and shape the minds of our youth, and they continue to do this work even if they do get underpaid. Payment is something that must be considered when it comes to defining a hero. Heroes do not do heroic acts because of the money in which they make, but in the act that they are doing. The ideology of a hero comes from within the person. It can’t be determined by the outside material that will be given to them, such as the cash that they could receive. This definition of what a hero is must be taken seriously. Are all people who are out fighting for our country, fighting fires across the nation, and bringing justice to the people, really heroes if they are doing their job solely for money?

And what about famous actors or artists? Are they to be considered heroes when there are other people out in the world risking an injury or even their own life for others, such as football players and soldiers? Celebrities don’t need to overcome any of their fears to help others, while athletes and troops very much do. Ultimately these famous people don’t risk any of their belongings for others unless it is donations of some kind, but even when they do donate, these people shouldn’t be considered heroes. The idea of celebrities vs athletes and troops as heroes was shared by Denis Till from London. Overall, this is a thought-provoking definition that is worth considering when defining a hero.

Explaining what a hero is in the real world can be a little tricky, but what about defining them in the several fictional worlds that have been opened by the creative authors of today? Characters such as Superman and Spider-Man are some of the most popular characters in the world. They represent the good of mankind and are constantly trying to do the right thing for humanity. When you strip these characters of their hero persona, leaving behind the men underneath, you get the same thing that they are in their hero form. Clark Kent and Peter Parker are both people who have had very different pasts and very different experiences, yet they continuously do the right thing. This relates to the statement introduced earlier on whether the hero's past affects their perception of good and bad.

The death of Ben Parker, Peter’s uncle, shows the hero of that story the importance of doing the right thing no matter what. He has seen the worst of humanity, and in turn, he has experienced the difference between good and bad firsthand. But does a character really need to have experienced that to be good? Ultimately, no. Several fictional heroes should very much be considered ‘heroic’ even though they hadn't experienced a traumatic event. Characters such as Miles Morales and most members of the X-Men help humanity for only the sake of helping. Of course, all these characters mentioned fitting into a subcategory of heroes: the superhero. A character who has extraordinary strength, or some other kind of powers.

Can there be a superhero in the real world? Are there a select few people who do have powers, not the strength or magical powers that are found in comics and films, but more of having the powers of a human being doing the best that they can at all times? Going above and beyond to help others. Doing good above everything else. Would they be considered super? Yes, they would. Not everyone is, but anyone can be. All that is needed is the time and effort to do right. Drawing inspiration from fictional characters is important. These fictional heroes are the ideal definition of a hero, created by authors to represent the good of people. When you follow heroic ideals, anyone can be a superhero. 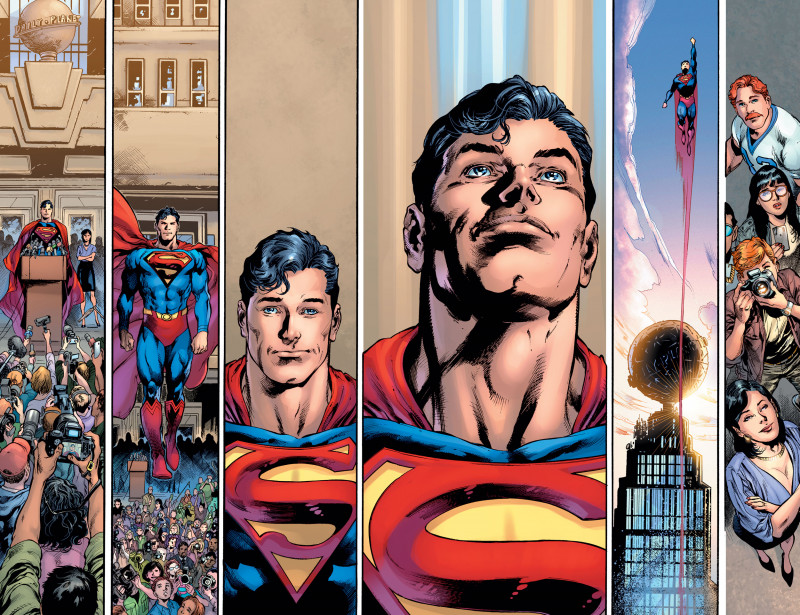