The Beautiful Song We Call Life

The Beautiful Song We Call Life

“We cheated ourselves… we missed the point the whole way along, it was a musical thing and you were supposed to sing or dance while the music was being played” (Watts). Songs are composed of different notes, harmonies, and rhythms. Without all of these components of music, a song is just simply a bunch of noise. If a person were to listen to notes individually, they would not amount to anything. But when listened to altogether, the notes combine to produce beautiful melodious music. The same can be said about life. To explain life, individuals need all of its components; a person cannot leave out the good or the bad. If they don’t have the bad, how do they know how to measure what is good?  Without these parts someone’s life would not be as full or satisfied. Life is like a song and dance; everyone’s song is unique to their own life. Each person writes their own song through their choices and life experiences.

Every song has an introduction—a blank piece of sheet music ready to be filled with the beautiful song that people call life. The introduction to someone’s song can be expressed as their birth and childhood. Some people, unfortunately, start out with a sad and gloomy verse, while others begin with a cheerful and uplifting one. Both are equally beautiful, but no one can talk about the good parts without the sad parts. To have good without bad would be impossible.

Music is one of the few things on earth that has the potential to bring everyone together. It is something that every culture, race, and ethnicity have in common. It is the light amidst the sea of darkness. People think that music is a simple thing, but in reality it is so much more complex and intricate. From each note, sound, and harmony it inspires hope, love, and even sometimes sadness. Life is also both complex and intricate, but many people underestimate life. Life can bring people together, just as losing it can tear people apart. Sometimes people get in a hurry to write their songs, others take their time. When growing up people spend their lives trying to get to a central goal, whether that be living comfortably or retiring. If music composers were to write a song in a hurry to get to the end or finale, the song would consist of one large crash. There would be no verses, no build-ups, and no harmonies. If people live their lives in a hurry to get to the end, they will miss all of the verses in between. Without those components there would be no song.

Every person is responsible for their own song. They determine what the ending sounds like. It could represent their fight song, their love song, or their song of demise. The song that people write is left to their own devices; they don’t have to sit back and sing along to their song. Many other people throughout life will try to write another person’s song; while this can occur, the person in control is ultimately oneself. When an individual is faced with a choice or a split in their road, their decision is ultimately the last one.

Choruses in a song are the parts that repeat and can be described as a recurring theme in the song. Much like songs, people have recurring themes in their lives— things they keep coming back to. It could be a specific person, an addiction, or an emotion. The best songs were not initially planned; they just happened to pour out of the artist like a waterfall of emotions. The songs that make it to the top of the billboards are usually written in the most peculiar places and times in a person’s life. Sometimes to write a beautiful song an artist needs something to provoke it. The best music comes from life-altering events and strong emotions. So, when a person is faced with difficulties they can turn them into a beautiful resolution.

In the end, everyone’s song eventually ends. Some people’s songs resolve early because they feel as if they don’t have anymore chords left to write. An individual can choose to fight against these hardships, or plunge into them and join the dance. This is an equivalent factor in life; sometimes a person will choose to fight against the difficulty, but others might choose to let that trouble in and learn from it. Every song has a meaning, just like every life has meaning. When listening to a song, an  individual will feel an emotion. Usually these emotions are felt because the individual compares the song to the events that have happened in their life.

Life in many ways is similar to a song. Everyone has the power to write their own life. When people think of life, they think that life is supposed to have this great destination or meaning at the end— whether that be a success life or an afterlife— but when an individual listens to a song, they do not anticipate the end. They just simply listen to the lyrics and melody. People should live life the same way—without anticipating what will happen in the future. If people continue to look ahead they will miss all of the little things in between. People need to learn how to live life like this is their last verse, not like they have fifty more to go because one hundred years is not a very long time to write their life. 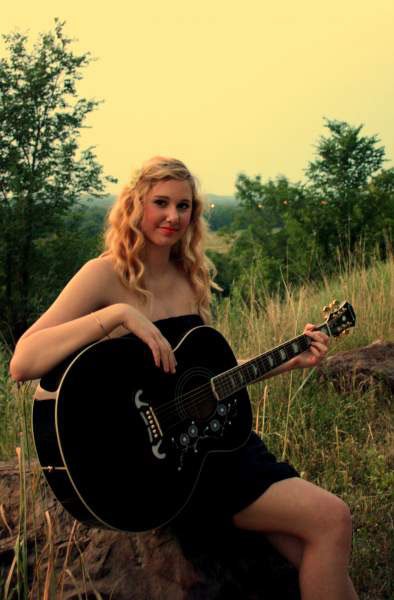 This is how I explain life. I compare it to a song.