The Best Jungle in the City:

In the summer, kids leave their homes surrounded by paved roads and city life, to temporarily live in cabins enveloped by forest, the home to many insects, bear and deer. Last summer, the backyard of my camp not only included bears and bugs, but also Andean Condors and Bengal Tigers. I was able to attend a teen camp at the Bronx Zoo in New York City. “Fantastic Beasts and their Race for Survival,” was a two week program that focused on the wondrous animals that inhabit our Earth and their struggle for existence.
The day was broken down into different parts. Upon arrival to camp every morning, before the zoo opened to the pubic, we assisted zookeepers with daily care of the animals. This included cleaning the pens, brushing the animal’s fur, and preparing the exhibit for the public. In the Camel Barn, we worked side by side with zookeepers in raking the camels’ pen of scat, muck and dirty hay, brushing their hair, and laying down fresh hay. Just being around camels’ company was fun! The Camel Barn also housed donkeys, who we pampered by combing their manes and tails, cleaned the dirt trapped in their hooves, and conditioned their hooves with oil. Teen interns spent time in the “retirement home” for the goats, where goats with serious illnesses, were living out their last few weeks playing and eating all day. We spent time in places like these, which are closed off to the public. I saw first hand how much preparation was required before the animals are exhibited to the guests of the zoo. We were given real responsibility in caring for the animals. For me, this was the highlight of the program.
In the afternoon, in a classroom setting, the program focused in depth, on a different geographic region and the challenges that the animals there are faced with. The geography, climate, ecology, and habits of the local people all impacted the various species of the local ecosystem. It was fascinating to learn about different continents and how the animals that live there are suited for that specific environment. For example, the snow leopard is able to survive in the harsh and cold environment of the Himalayas, due to its thick coat of white and grey leopard-print fur. A long tail and limbs allow it to quietly climb and jump along the rocky terrain that is its habitat. After we learned about a specific animal and the threats they are facing, we would visit that particular exhibit at the zoo which corresponded to this animal and their country of origin. We observed their behavior, eating habits, and their interaction with each other. We identified the parts of their body that are unique for survival in their natural habitat. The instructors taught how field scientists, i.e., scientists who observe wildlife, collect data while observing animals. This new information can be used to further help animals survive in wildlife. We discussed how issues such as Global Warming contribute to the deterioration of our planet and the effects it has on animals’ daily lives. What is most heart shattering is the fact that we, humans, are the primary cause for extinction or endangerment of the animals. After lunch, a guest animal would be brought into the classroom. While we pet the animal, we learned about the its general environment, and what about the animal might be a reason for humans to target them, i.e., killing for sport, harvesting valuable body parts like ivory, medicinals or religious rites. We also discussed what efforts are in effect to help protect the animal at risk. Guest animals ranged from salamanders, hissing c***roaches, all the way to American Alligators. Additionally, we were able to hear from people who make it their life’s work to ensure the safety of animals.
The head Veterinarian of the Bronx Zoo came to speak and described his travels to numerous continents and, and how he revived the population of certain species, by educating the locals of the importance of saving animals in their region. Another day we met with the zookeepers responsible for the African Wild Dogs, vicious hunting dogs known to travel in packs. It was engaging to learn how they are able to handle animals that are extremely dangerous if not cared for properly.
These experiences at the zoo were very unique and I don’t think this opportunity would be available anywhere else. Also fascinating, is, how much preparation the animals required  before guests of the zoo arrive. In addition, working with my campmates was both a bonding and learning experience. Everyday, we developed more efficient ways to clean the pens and generally became closer friends. I was able to meet a lot of different types of kids from all over America. The zoo staff were kind and patient as we learned the methods and proper protocol of working on a given project.
This camp was an eye opener for me. I was already in love with animals, but, I never focused on all that it takes to make a habitat and how animals adapt to their environment. Most importantly, I learned how humanity can support or totally destroy a huge percentage of the animal kingdom. It's all up to us to make the right decisions. 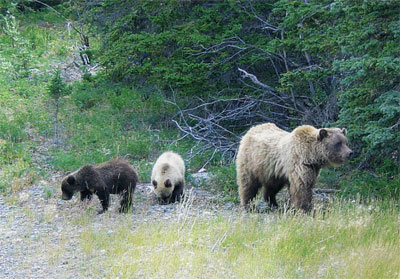