Skyrim is a role playing game where you learn that you are the Dragonborn, which basically means you are the chosen one. In order to save Skyrim, you have to defeat Alduin. Alduin is a dragon that cannot be stopped by anything or anyone except you. As the Dragonborn, you come across many challenges such as defeating enemies and finding out who you really are.


The thing I love most about Skyrim is you can literally choose any group you want to join. Some examples would be the Stormcloaks, the Dark Brotherhood, the Thieves Guild, etc… Bethesda ( the developer of the game), gives you a large selection of characters. If you would like, your character could be very fast and stealthy, or you can make him heavy and powerful; it's your call. When I create a character, he is usually light armored and stealthy but somehow ends up heavily armored and powerful.


Skyrim remastered was recently released for next gen consoles and is absolutely beautiful. The graphics haven't changed much at all but that's why Bethesda added the ability to activate mods. Redux mods will make Skyrim look so amazing your jaw will drop--mine surely did. The gaming community was very upset with Bethesda because they basically resold the same game except for newer consoles. I mean, just because the graphics didn't change much, you don't have to bash them. If they wanted to completely redo the graphics, that would take FOREVER!


Which brings me to my next topic: the map. The size of Skyrim is absolutely incredible. It would take at least an hour to walk from one side of the map to the other. It may not seem like much but it truly is. To get to the top of the highest mountain (Throat of the World), you have to walk up over seven thousand stairs. There you will meet the Greybeards. The Greybeards are basically your family because they have powers similar to yours.


Now let's talk about the DLCs. There are three DLCs in total: Hearthfire, Dawnguard, and Dragonborn. Hearthfire DLC basically lets you adopt children and customize your own house! Pretty cool, right? Well Dawnguard is even better in my opinion.


Due to recent vampire attacks, the Dawnguard has stepped up to defeat whatever that is causing these attacks. You have the option to join the Dawnguard or join the vampire cult which is run by Harkon (The Vampire Lord), They live in Castle Volkihar.


The last and final DLC in the game is Dragonborn. I've honestly never played the Dragonborn quest but I have heard nothing but positive things about the DLC.


My only complaint about the game is sometimes it is very difficult for low levels. But here is a professional tip:. If your character is a low level and gets killed easily, just save up on iron and leather and craft as many daggers as possible. You will be a master at blacksmithing.

My overall opinion on Skyrim is that no matter where you go or what you do, there will be some sort of adventure waiting ahead. So in other words, it's amazing. 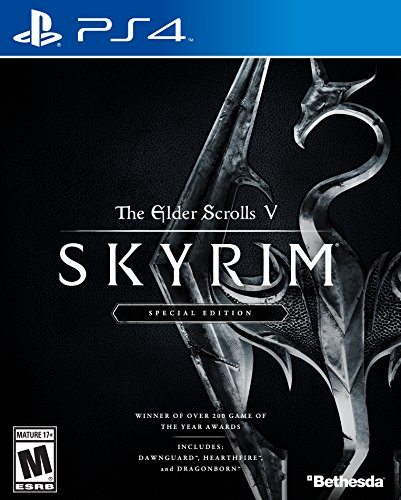 I have countless hours on Skyrim and would love to hear peoples feedback on my gaming review!