Imagine if you will, waking up to find yourself among a loathsome bunch of criminals. Upon further investigation you are tied up! You listen to their random chatter as they try to engage you in their conversation. Talk of the chopping block seems to be popular. You can see the city of Helgen on the horizon. You know you have to think fast! Your dagger what did they do with your dagger?


You my friend, have just entered the world of Skyrim, which, in my opinion, is one of the most fully-realized, easily enjoyable, and utterly engrossing role-playing games ever made. The Elder Scrolls V: Skyrim is an action filled first person role-playing open world video game developed by Bethesda Game Studios and published by Bethesda Softworks.


I feel that the most enjoyable part is the flexibility inside the game to live another life, do mundane things from cleaning house, walking alongside a river, or even napping. All the while you still have the option to go out and chase dragons and trolls and Orcs, Oh my! However if you are going to engage in such a bloodthirsty battle you should definitely check out the arsenal of weapons you can acquire. While some like to use magic and shields others prefer to use mace and cloaks. There are hundreds of battle worthy combinations. The loadout you carry can make or break your game.


A great way to make your gameplay experience unique is to join an organization. Joining a guild is a whole new twist to your plotline. Most of the quests you will get are already preloaded. Make sure to talk to minor characters. Helping the man looking for his lost helmet or the bumbling drunk needing gold will open a side quest. I, personally, didn't settle for the classic game. I got the extra parts of the game, such as Dawnguard, Hearthfire, and Dragonborn, which many players may also download. I joined the thieves guild and the dark brotherhood, which were both very unique. They both unlocked a whole new arsenal of fatal gadgets, and magical armor. In Skyrim, you can choose from additional characters like Vampires or even special super secret provinces. When venturing into a quest you will always deal with the magical realm of dragons, wizards, trolls, skeletons and more! Encountering these figures are a must.


In my experience quests can be equally tough, depending on how far into the game you are. You will always run into Draugr, dragons, and Mages. The main storyline revolves around the resurrection of dragons. Collect artifacts like maps, and weapons to win. You must travel through Draugr infested tunnels to get through most of the game. The best part of playing through the whole game is how it seems to flow together in organized chaos. One moment I'm in fits of rage while simultaneously receiving smug satisfaction in the defeat of thine enemy.


Though none of this is real, nor could it ever be it is definitely well worth the screen time. It could be an acquired taste to some game players, but it’s fine to me! This game could be addictive. You start dreaming about it, seeing it in your mind, you see it in nature around you. Making you curious could there be a little troll house in the hills just across the river? No, of course not... or could there? You start asking yourself is it possible? I might just be a normal kid, in a normal world, but this game gets my own personal thumbs up! 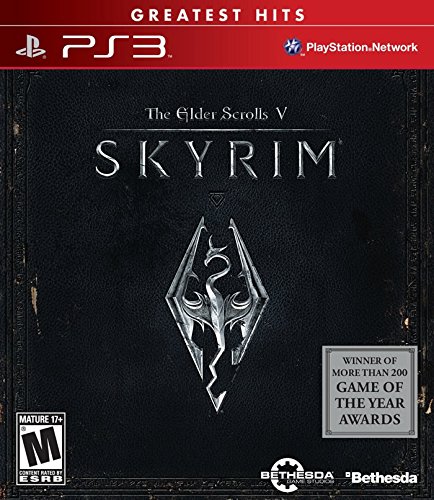 I really enjoyed playing Skyrim, and I hope my love of the game is reflected through this essay. Enjoy.