Favorite Quote:
If the keeper doesn't save a penalty, no one blames him. but if he saves it, he's a hero

FIFA 15 is a sports video game based on soccer, and one of my favourite games ever.  It is my favourite game because it was the first game series I ever played. Also I love soccer. I used to play FIFA 2005 on my old Xbox.

There are many different game modes on FIFA 15, like Ultimate Team, Manager and Player Career Mode, and Tournament Mode.


Ultimate Team is one of my favourite modes. You start with a team that nobody knows and cares about, then enter Division 10. If you win games, you gain coins, which you use to buy new, better players through the transfer market. If you sign players that are the same nationality as the rest of your team, your team gains chemistry, which is always good to have, because chemistry boosts your player’s stats. As you win more and more games, your team gets better and better.  And as you get better, world-class players want to play for your team. That’s when you can definitely call your team the Ultimate Team.


Manager career mode is when you take control of any team in the world, and manage their team, their players, and play their games. You get a limited amount of money each year, which you use to buy new players to replace the injured or players in bad form or just the players you don’t want to sign again. You can hire scouts to go to far off places, and look for promising young prospects that could play for your team at a later time. Whenever I play this mode in FIFA 15, I always manage Arsenal, my favourite team of all time. This team is based in North London, England.


Player Career mode is when you take control of a single player, pick a team, and start down the road to superstardom. If you pick a very good team, (4 ½-5-star rated) then you will probably be sent out on loan, which is where you go to a lower-rated team for a year. As you play games for this team, and as you complete achievements, your ratings (passing, shooting, etc.) increase. If you play as a goalkeeper, (which I usually do) then your goalkeeper stats (diving, goal kicks, etc.) will increase. And after a year, you will go back to your original team, and start playing games for them. As you get better, teams will start asking you if you want to go play for their team. If you do, then you will be taken to a screen saying your season is restarting, then you will see a picture of your player in the new teams’ kit. Keep doing this, and your stats will keep getting higher and higher. This is Player Career mode.


Tournament mode is exactly what it says it is. You pick a tournament, (FA Cup, Champion’s League, etc.) pick the teams that are to be in this tournament, pick the teams you want to play as, then start. The computer will simulate the games you don’t play, then it will give you the option of whether you want to sim or play the game. You pick one. Keep doing this until all your teams are out, or you win your tournament.
FIFA 15 has the graphics, controls, and game modes that tell me that the game is really fun, and that I should keep buying the new installment each year. I will be buying FIFA 16 really soon. I may or may not do another review on that game. This is my favourite game ever, and for good reason. 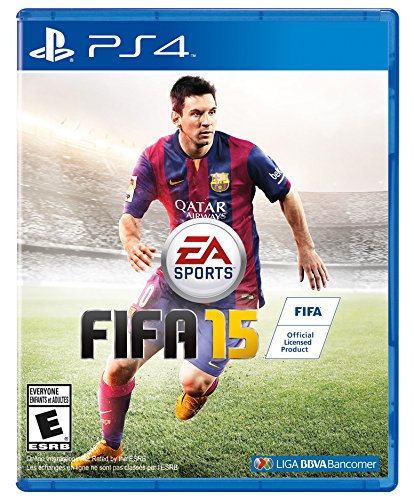