Generally speaking, most series’ often seek to continue their legacy by advancing forward. It seems like the natural option,after all, building off of where the last entry ended and further progressing the story of the series as a whole. But sometimes, there exists too much untapped potential between entries, and developers will fill in the gaps with a new title altogether. Borderlands: The Pre-Sequel is one such title; an entry that serves to illuminate any grey areas between the first and second Borderlands games, while also sprinkling its own flair and advances amongst the product.


As its name would suggest, The Pre-Sequel directly follows the first Borderlands game, and transitions seamlessly into the second. Diverging from the last two entries’ setting on the fictional planet of Pandora, The Pre-Sequel takes players to the moon of Elpis, a hostile low-gravity environment rife with ruthless bandits and relentless fauna. This makes for an interesting overall plotline, as players who have already indulged in the series will know the eventual outcome of the story right out of the gate, but also get to experience why Elpis is in its dismal and decrepit state. Therefore, what’s important is not how The Pre-Sequel ends, but rather, how it gets to the end. Developing company Gearbox, with the assistance of 2K Australia, did an impeccable job of paving the path for this game, leaving absolutely no stone unturned on their route to the second Borderlands, while also adding in as much new content as the game allowed.


Another impressive feature of The Pre-Sequel is its refinement of pre-existing game mechanics. With the addition of an oxygen-fuel system, players can now utilize aspects such as double jumping and gravitational stomps, affectionately referred to in-game as butt slams. Unfortunately, this refinement also shows one of the game’s most distinct shortcomings; The Pre-Sequel’s mechanics may be fine-tuned, but there are little to no completely new facets altogether. Everything has an ever-growing stale air of familiarity, which can be a little off-putting for diehard fans of the series. When this is compounded by the game’s almost-identical interfaces and similar gameplay schemes, The Pre-Sequel feels more like a glorified expansion rather than an entirely new game.


Thankfully, the final product is still as lush and snappy as ever before. The cel-shaded world of Elpis can be breathtaking at times, and the game’s writing is downright hilarious, albeit sometimes suggestive. Dameon Clarke delivers a stellar performance as the protagonist-turned-antagonist Handsome Jack, stealing the show with his memorable one-liners and overall likeability. The soundtrack for The Pre-Sequel is also noteworthy, gracing players with its organic melodies and electronic beats. Like before, it’s not a matter of overhaul, but of refinement, and in the end, the game feels immaculately polished, if only a little too familiar.


Borderlands: The Pre-Sequel may not be the giant leap forward fans were expecting for the series, but it still offers a small step in the right direction. While not deliberately trying to overhaul any existing mechanics, the game still manages to be poppy, witty, and very finely tuned. It is, in a sense, a love letter to all fans of the Borderlands series, and acts as a catalyst for future games to come. Therefore, newcomers to the series will most likely want to shy away from The Pre-Sequel, and opt for the first and second games to start, to get a grasp on them. However, for long-time fans, Borderlands: The Pre-Sequel is a definite purchase. 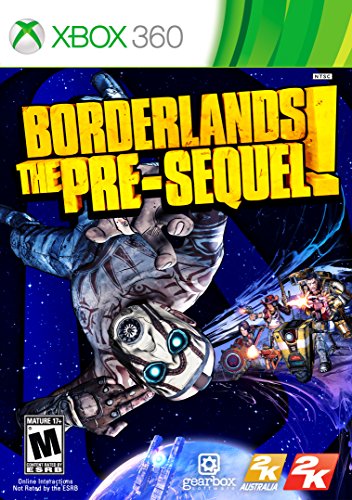