This game is the sequel(Hence the two)to the Game Of The Year Bioshock. If you have played the first game come into this one with NO Expectations whatsoever, play it as its own game and not as a continuation of the original story-you'll just get disappointed. The whole game is basically spent building up to the finale, which is actually very good but wasn't worth sacrificing the rest of the game for. Threw-out the game you must protect your little sister as she gets ADAM to power you up and give you epic powers, but before getting a little sister you must first kill her protector-The big Daddy. The big Daddy comes in several forms, all of which are fun to fight. Once your little sister has outlived her usefulness you can do two things
1) Rescue her and let her go, but you wont get as much ADAM from her
or 2) Harvest all of her ADAM, but she will definantly not survive. If you just want to win then massacre the sisters, but if you actually care about the little sisters(Like myself) Then dont kill them and be rewarded with the "Good" ending. All threw-out the game you will either buy or find plasmids, which give you powers such as shooting lightning, firing angry bees, or freezing enemies into blocks of ice. I suggest this game to everyone i know, and to any one who reads this. 8-10 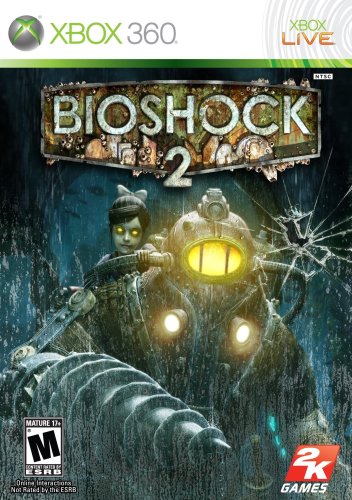 
Buy from Amazon
The author's comments:
I loved bioshock and this game disappointed me to no ends, though i must say im proud of my daughter.: )
Post a comment
Submit your own