Doom Eternal", the sequel to 2016’s “Doom” is a fast-paced action FPS with smooth gameplay, fantastic graphics, and one of the best video game soundtracks ever made. Ask anyone that has played it and they’ll say the same. Compared to its predecessor, “Doom” (2016), it goes above and beyond everything that the game was praised for including the music, gameplay, aesthetics, and environments. This game references the older games a lot, and some of the weapons and enemies look very similar to how they did back in 1993. The game starts with The Doom Slayer (the character you play as) being sent to Earth to destroy the demonic corruption by ‘taking care of’ the 3 Hell Priests, the overlords that launched the invasion on Earth. As you explore this first level, the aesthetics of this game and one of the many astonishing environments are shown with what used to be a normal city square, now overrun by demonic corruption.

As you arrive in the second level of the game, you see a very different environment. This time, it is an ancient castle-like area covered in moss. As you explore this new environment, more of the game's mechanics are revealed. You obtain a “dash” ability, allowing for more dynamic platforming sections, giving you the ability to dodge enemy attacks and to be more mobile. As you progress through this second level and explore deeper into these castle ruins, you see the original aesthetics again with two ancient bodies of titans that once fought each other. This gives the player a sense of time and history. The third level takes another turn in aesthetics, this time exploring an area located in the northern regions of Earth. It is a very icy, frozen section with some of the best music in the game. Mick Gordon, composer of both soundtracks for “Doom 2016” and “Doom Eternal”, engaged metal vocalists from around the world to sing in a choir for some of the music in this game. The soundtrack mixes electronic sounds with fast, metal-like sounds to make an exciting, immersive experience to go along with the intense combat. It is very hard to find bad things to say about the game.

The reviews are positive all over, with ratings such as high as 87%, 9/10, and other reviews pages say that 95% of players enjoyed the game. One thing I can say, is that the game is definitely intended for mature audiences, as scenes depict intense gore and violence. After all, you are slaying demons. I still believe this is the most Christian game
ever though. Another thing that some fans were not really impressed with was the difficulty; it can be very challenging at times, but 95% of the time you can tell what you did wrong in specific combat encounters. Some of the puzzles in the game can be confusing. For instance, sometimes you have to look up online how to do something, but often you will be able to eventually figure it out yourself.

Overall, this is one of the best games I’ve ever played and I highly recommend it to anyone looking for an action-shooter experience that you will obsess over for weeks. But one thing I will say ... I recommend playing through 2016’s “Doom” to better appreciate this new game’s mechanics and story. 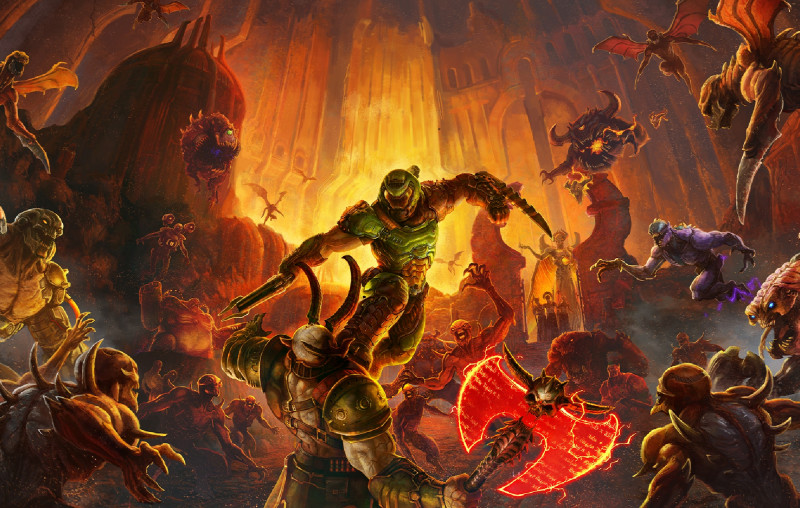