Improvisational Storytelling in the Dream SMP

The Dream SMP is a Minecraft roleplay on a multiplayer server that mostly takes place on Twitch and YouTube. It began in May 2020 and started to grow in popularity in November. It involves a handful of YouTubers and streamers such as Dream, TommyInnit, WilburSoot, and Tubbo. It’s based on Improvisational storytelling and has a loose script. When it comes to improv, however, the way the story is told has great importance, as it can get carried away easier than most other stories; this makes it harder for new people to get invested in the storyline.

The Dream SMP disc storyline is a prime example of this. Beginning on July 9, 2020, with TommyInnit and Dream (characters in the SMP) fighting about discs, and ended on January 20, of this year.

The story arc began with Tommy finding the discs “Mellohi” and “Cat” in a dungeon's chest, and from a skeleton killing a creeper respectively. The first battle happened shortly after that. When Dream logged onto the server, Tommy went to hide the discs from him and put them in the mountain near his base. Dream, however, was still able to get ahold of both discs in the end. Later, during the Revolution of L’Manburg (a nation in the SMP), Tommy gave up his discs in return for L’Manburg’s independence.

After L’Manburg was blown up the first time and Tubbo became president, Tommy gave him Mellohi as a symbol of their friendship. Dream used it as a bargaining chip to get Tommy exiled.

When Tommy was in exile, BadBoyHalo gave him a “Chirp” disc. Tommy was also gifted “Pigtstep” by Bad on Christmas. This is referred to as “Fake Pigstep” since Hbomb94 gave Tommy the real one along with the disc “Qait”. Lazarbeam had also brought Tommy the disc “Far”.

While Tommy was still in exile the L'Manbergians held a festival, secretly plotting to kill Dream, however, in the middle of the festival, Dream arrived only to start building an obsidian wall around the country. This confrontation ended in Tubbo giving Dream the Mellohi disc and Dream and Technoblade promising to blow up L’Manburg the next day.

On January 20, 2021, Tubbo and Tommy set out to fight Dream, following a compass he gave them. After a short battle, Dream began threatening Tubbo's life, telling Tommy to return or else Tubbo would die. This is where it was revealed that the discs Dream had shown them at the beginning of the battle were fakes.

After blowing up the two fakes, Dream took Tommy and Tubbo to a vault where the real discs were held. When it seemed like Dream was going to win, the other members of the SMP showed up, prompting him to surrender.

This conflict ended with Dream being locked up in the prison and Tommy and Tubbo returning to the SMP with the two final discs.

While the story seems straightforward when being read all at once, while it was happening it was extremely convoluted. This causes issues because the more complex a storyline gets, the harder it is to get into it when you start watching after it has already begun. To the Dream SMP this has a lot more bearing on the story since most people started watching long after the disc plot began.

Along with that, if the storyline is convoluted, the audience might not pay attention to it at all, which would be a problem if the writers wanted to make it more integral to the overall plot. And while having a convoluted story arc can cause problems, it usually won't ruin the entire story. For example, while I hated the disc arc, I still enjoy the rest of the Dream SMP’s story. 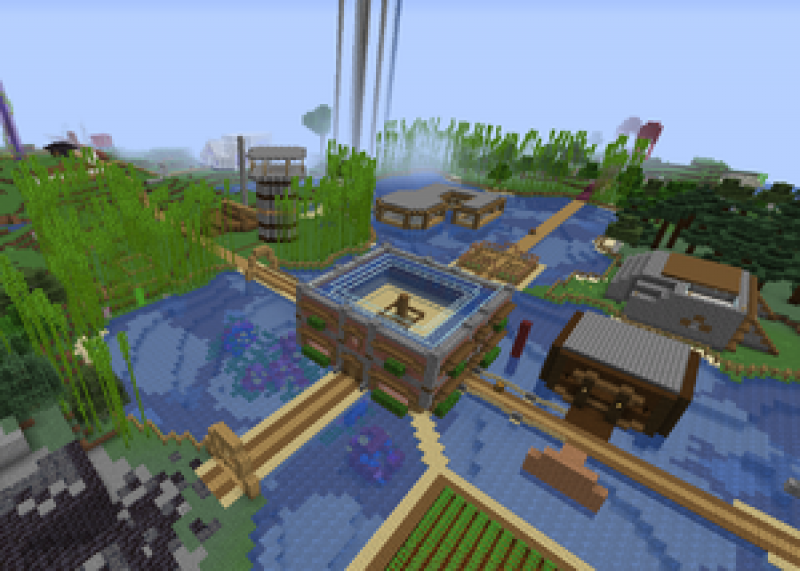 This is an essay on how I feel about the Disc storyline of the Dream SMP.

View profile
Great way of summing it up. I joined in watching the SMP late and this was great to get some more details. I do agree that it definitely wasn't the most interesting part of the SMP, but that it contributed a lot and helped build the larger storyline. I really enjoyed reading this piece.
dinooo BRONZE said...
on Jun. 5 2021 at 1:21 am
dinooo BRONZE, Raleigh, North Carolina
3 articles 0 photos 27 comments

View profile
I agree. I appreciate the disc arc as a crucial part of the larger storyline, but it was never the most interesting piece of lore in my opinion.