With this article I will be going over the Carmine Family from Gears of War, The Carmine family has been in the COG for a very long time. First we are going to start with the ones that were in the games then move on to the ones that were only mentioned. First is Anthony Carmine, he was one of the 4 brothers in the Carmine family.He was first introduced after Marcus and Dom escaped from The Slab. He was a good member of the team, but unfortunately he was shot after his gun had jammed while waiting for his team. Next we are going to talk about Benjamin Carmine, He had just enrolled into the COG and had been brought to delta squad for training, you have a choice to either train him or let him defend the exact spot he was standing. If you choose to train, Marcus, Dom, and Ben go to the ally way and teach him to take cover, you shoot some “killer” bottles and see a Wretch which Marcus sees go into the parking garage, Marcus then throws a grenade and blows it up. Ben thought he could make the same throw that Marcus had so he wound up his throw and missed. He downs dom and himself. Way after that they make it to a fallen roof top and while trying to escape the Locaust they get on a helicopter and while waiting for ben to get on Marcus spots the Giant worm that has been sinking cities, they get on the chopper but not in time cause while flying away they get hit by debris and ben falls out of the chopper, Delta squad also get munched by the giant worm. After seeing the cutscene of Dom's wife you wake to Marcus shaking you awake. You have been swallowed by the giant worm, they begin to explore the inside of the worm and hear screaming and see ben getting dragged away delta squad runs after ben and kills the things that were dragging ben, but it's too late the things that had him had eaten threw his armor and stomach, ben's last words where tell my brothers…. Next brother is Clayton Carmine, his first appearance is in Gears 3, he survives Gears 3, Gears judgment, Gears 4 and 5, next is Gary Carmine we don’t know for sure if he is dead as of Gears 4 he was crushed under a pod while the outsiders camp was being attacked looking for the fabricator that JD Fenix, Kait Diaz, and Delmont walker or Del. Last but not least is Lizzie Carmine, Lizzie was a Claytons Niece and was killed by The Hammer of Dawn after JD had asked Baird to fire on his suit to kill the Swarmacks from killing The New Delta Squad. 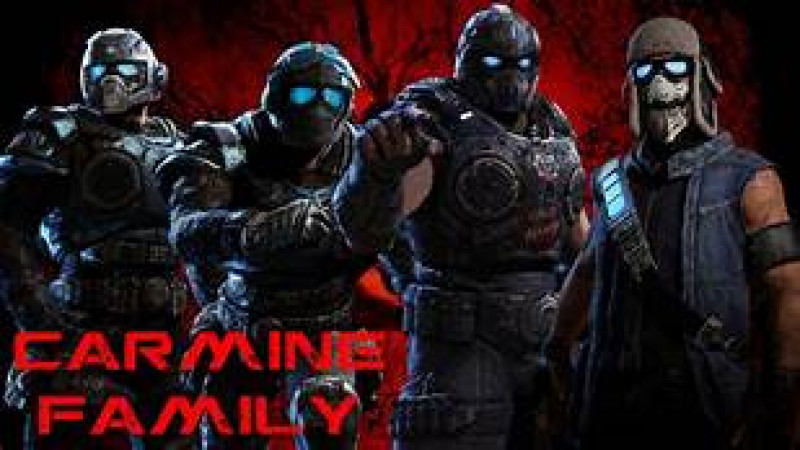 Just a kid that wants to make articles about his favorite game.