Undertale as an example of storytelling | Teen Ink

Undertale as an example of storytelling

Undertale is a multiple-choice Steam game developed and written by Toby Fox in 2015. The game’s worldbuilding and storyline should be examples on how we judge and develop future games for wider audiences.
The story of the game is simple; a long time ago, humans battled monsters and banished them in the Underground. Everything is at peace until our main character, also known as Frisk, falls in the Underground through a crater. From there, they must survive the monsters and keep their soul safe from being taken and used to break the barrier. Throughout the game, you learn the true nature of these monsters, you get to interact, battle and befriend them. In the end, you make your final choice, to break the barrier and let them leave the Underground, or kill them, and leave nothing behind you but dust. This is the basic premise of the game, but during the full gameplay, you explore more moral-based events, characteristics and deeper themes which help you make the final decision of the game.
The most relevant part of the gameplay is the multiple-choice factor. Unlike other multiple-choice games, in Undertale your choices have significant impact on the game itself and the end results. Undertale has three final endings, pacifist, genocide and neutral. These endings are based on how many creatures you kill; if you decide to kill no one, you get a pacifist route. If you decide to kill a certain amount and spare the rest, you get a neutral and if you manage to kill every single monster you encounter, you get a genocide route. Unlike one would believe, none of these endings are ‘wrong’ or ‘right’, which is why the game is a prime example of a forever relevant game.
An example of a multiple-choice game which isn’t as relevant or effective is Life is Strange. It is also multiple-choice game, but the difference is that while some choices matter, you still end up getting a good and bad ending, while in Undertale it is based on perspective. When a player is constricted to a right and wrong answer, their only goal is to win the game and gather as many points as possible, but when you have a storytelling game with a message, that shouldn't be the goal. When the audience has multiple options to choose from and a wide variety of subplots to provide a player with backstories for characters, it becomes memorable. This memorability is crucial to a storytelling game as it makes the audience relate to the message being portrayed and replay the game to find what they missed.
The overall message of the game is “the effect of consequences.” If you decide to kill every single monster in the game, you get a secret ending. The ending is another character, Chara (also known as the narrator), offering to help you erase the game. If you choose not to erase it, you are presumably killed by the narrator. At first glance, this is the narrator being “evil” and punishing you unfairly. This is disproved if you play the same route again and earn more dialogue told by the narrator:
“You want to go back. You want to go back to the world you destroyed. It was you who pushed everything to its edge. It was you who led the world to its destruction. But you cannot accept it. You think you are above consequences.”
The narrator points out your brutal actions of murder and your irrationality for wanting to return to the world again, after destroying it twice. Even though you are playing a game, you still brutally murdered several creatures for the purpose of winning and gaining points.
In most games, you don’t think of what you do and who you kill, because your goal is to win. In this case, when a player is faced with the hard truth of their actions, they will not admit it, but blame it on the game instead, because it’s what we typically do. We blame our actions on others or in this case, code, and we don’t acknowledge the fact that those actions came directly from our hands.
This is the factor of the game which sticks with you and is relevant to today. The game might have childish humor and graphics which are considered old and boring, but it is so well written and conveys such a strong message, that it should be an example for the future of gaming. 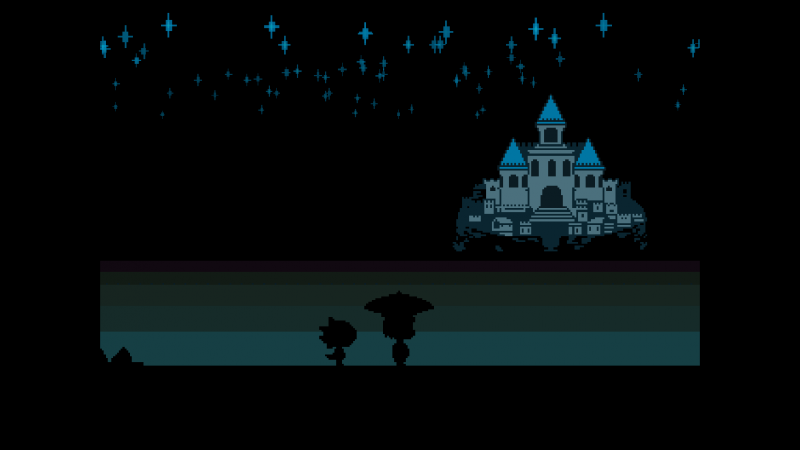