"You are being watched." These paranoid, yet haunting words begin the episode, leading into a monologue from Mr. Finch, one of the main characters, who's created something called The Machine, which was designed to search out threats to the United States that involve national security, but it didn't just sense national wide threats. The Machine senses regular crimes as well; crimes that take place every single day. But Finch doesn't have the right "tools" to delve deeper into stopping these endless waves of terror on the public, so he finds John Reese, an ex-CIA operative who has a dark past, but an extremely capable set of skills. Together, Finch and Reese become the dynamic duo who begin to save lives and stop things from happening, but they don't know whether the crimes they prevent, the people they save, are good or bad.

Person of Interest is easily the best broadcast television TV series by far, and one of the best of all time. With Jonathan Nolan (Christopher Nolan's brother) sitting as the creator and writer, and J.J. Abrams as a producer, POI sets the bar for future TV series to come. Jim Cavizel as John Reese is just incredible; his acting is nothing short of brilliant, making him the Liam Neeson of TV, taking down criminals and terrorists with his hands and his "particular set of skills." Michael Emerson as Finch is truly impressive as well; i've never seen a more real and captivating performance from anyone on TV. Jonathan Nolan creates a whole new world with POI, yet at the same time it's the same world we're in now. The paranoia and distress in just about every episode reflects this broken place that has become the modern-world. The writing is note and award-worthy, having very subtle humor between Finch and Reese that makes you laugh, and the emotions that run rampant when hell begins to break loose, or when delving into both of their pasts. The music by Ramin Djawadi is phenomenal; combining orchestra with electronic sounds makes POI stand out, while saving the emotion and heart-felt moments with beautiful strings and piano. The theme written by J.J. Abrams is very good too, showcasing the show's overall tone. Anyone who loves instrumental music and music for TV shows/movies should have this in their collection.

All in all, Person of Interest is a truly ground-breaking series that goes outside the regular action-packed crime TV show, adding a sense of dread and mystery as the question behind Reese's past, Finch's past and what the Machine truly is come colliding together, being answered slowly but surely. 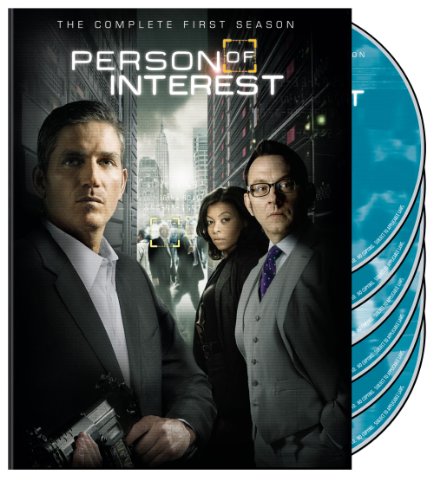 
Buy from Amazon Available on iTunes
The author's comments:
An award-worthy series that deserves to go on
Post a comment
Submit your own