OK, confession time: a long, long time ago, I used to listen to Coldplay (including most of the songs from this album) whenever I could. Riding in the back seat of my mom’s car and having these (at the time) delightful tunes pumped into my ears through my little blue iPod Shuffle was the literal equivalent of heaven for my 11-year old self. Now I’m older, my musical tastes have slightly (read: completely) changed, and listening to this album as a whole for the very first time, there are some problems that I have to point out:


First, the concept itself: The usual “1984”-ish scenario, it tells the story of a group of people fighting back against an oppressive dystopian government not with violence, but with love, colors, and (of course) music. Like you would know that. In fact, when I first came across that theory, the first thing that crossed my mind was “Bull. Absolutely bull. I mean, just HOW could a Coldplay album with such generic love songs that I’ve already heard a million times before have such a loaded concept under it’s belt?” There’s only one possible answer: it can’t. Yes, you read that right. It absolutely can’t. No matter HOW much Coldplay tries to sneak in less-than-subtle hints and metaphors about the crushing grip of totalitarian rule, with the possible exception of “Us Against The World” and “Major Minus”, it’s all smothered in an endless array of tasteless pop music.


Oh, and speaking of the music, while there undeniably ARE some fairly decent songs in the mix (“Hurts Like Heaven” being a good example), others suffer from a lack of invention, uninspired songwriting, and hokey, clichéd music videos (which even mar the good songs). And as if THAT weren’t bad enough, we get some electronica (the Rihanna duet “Princess of China”), guitar solos (“UFO”), and even some instrumentals that are CLEARLY meant to be an “introduction” of sorts to some of the more popular songs, which include (but is most definitely not limited to) the titular track, which leads straight into “Hurts Like Heaven” and “MMIX”, which thrusts the listener into the explosive “Every Teardrop Is A Waterfall”.


So basically, if you want to hear my opinion on the album, here it is in a nutshell: I don’t really like it. But then again, I can’t exactly hate it either. As I said before, there ARE some pretty good songs on the album (“Charlie Brown” among them), but in the end, the whole “dystopian” premise is just too muddled in the album’s overall cheeriness and uplift to really amount to much. Also worth noting: this album came right on the heels of the band’s none-too-cheery (but much better) 2008 alt-rock counterpart Viva La Vida. So you can probably imagine the reaction of longtime fans who were expecting another dose of that side of the band. Needless to say, they were too horrified and enraged at the sudden genre shift to even notice the (somewhat) canny concept. Even when everything FINALLY settled down and fans actually LISTENED to the album, they were STILL too confused (like I was) to even REMOTELY get the so-called “plot” and it’s true meaning at first (or second) glance. Bottom line? If you’re a longtime fan and have already heard the songs, fine, buy it. Trust me, you won’t be disappointed. But as for me, I prefer my albums to get their point across slightly more subtly and WITHOUT all the hokey songs and videos that perpetually extinguish any potential to be a true classic. By  so desperately trying to cram all their eggs in one basket, Coldplay ultimately ends up dropping them all on the pavement. 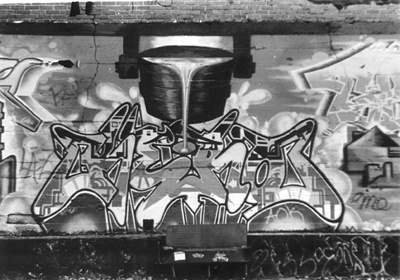