Celtic Thunder is a group of male Celtic singers from Ireland, Scotland, and an Irish-American. The group started in 2007 when two people named Sharon Browne and Phil Coulter came up with the idea of starting a group with 5 Celtic men. Sharon Browne also created the world renowned group Celtic Woman. And Phil Coulter is a famous musician in the Celtic music world. The group started out with singers Damian McGinty (14), Keith Harkin (21), Paul Byrom (28), Ryan Kelly (28), and George Donaldson (39).  Damian, Keith, Paul, and Ryan were the Irish men in the group with Paul being the only one from Ireland and the rest from Northern Ireland, and George being the lone Scot in the group. The group's first show which was filmed the same year they were formed called The Show, then other shows followed on. Those shows were named Take Me Home (2008), Storm (2009), It's Entertainment (2009), Heritage (2010), Christmas (2010), Voyage and Voyage ll (2011), and Mythology (2012).
Over the years other members joined the group including Emmet Cahill (2010) at age 20, Colm Keegan (2012) at age 22, and newest member Emmett O'Hanlon at age 23 (2014). Sadly a few members left during the course of the past 8 years including Damian McGinty, Paul Byrom, Emmet Cahill, and George Donaldson. Damian left the group to join Glee (2011), Paul left for a solo career (2010), Emmet left for a solo career (2014), and George sadly passed away (2014). They also have musicians in the group and they are Declan (drummer), Dave Bakey (guitar player), John O' Brien (pipes, guitar), Seana Davey (harpist), Laura Durrant (Cellist, Viola player), Nicole Hudson (Violin), David Munro, Seamus Brett (pianist/musical director).
They tour regularly in Australia, Canada, and the United States. They have been touring every year since 2008. They also did a cruise in 2013, and 2014.  They have fans all over the world and are planning for some time in the future to do an European tour and one in Asia.
They also support a few charities including: The Leprosy Mission, Red Hill Preschool, and Concern Worldwide. In December 2013, they sent Colm and Ryan to go to Nepal to see the progress being made there from the Leprosy Mission when they supported them that tour.
You can find videos from them on their YouTube channel "The Thunder Tube", you can also find their music on their website on the Celtic Thunder Radio and also take a look through their CDs and Dvds and listen to samples of their CDs. 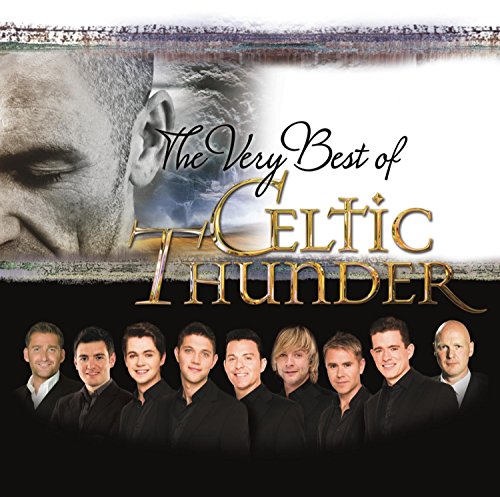 I've loved Celtic Thunder ever since the beginning and I still love them till this day.

coolstudygirl GOLD said...
on Jun. 2 2015 at 12:13 am
coolstudygirl GOLD, Vermilion, Ohio
16 articles 0 photos 38 comments
View profile
I love them! They are a very nice group that will never change no matter who leaves or comes.