Bubbling over with exhaustion and the robbery of their #1 record, Megadeth came out of 1992 with success. Some would say Megadeth hit their peak in popularity. They began recording a follow-up to their highly-acclaimed record 'Countdown To Extinction' in 1994. The follow up was titled 'Youthanasia', and isolated many fans while at the same time creating a stronger fan base for years to come. The album was recorded in a hand-built studio in Arizona. Every song was written and arranged "totally and 100% exclusively in the studio", front man Dave Mustaine said. Youthanasia boasted three singles including 'Reckoning Day', 'Train of Consequences', and 'A Tout Le Monde'. The latter piece has been highly accused of promoting suicide, but Dave Mustaine has been quoted numerous times fighting this accusation. 'A Tout Le Monde' has been re-recorded and released on the band's 2007 release, 'United Abominations'. Youthanasia showcases a much more melodic side of Megadeth than any album had before. A harmonica is even present on songs such as 'Train of Consequences' and 'Elysian Fields', something Dave would have never predicted would be included back in the 80's. If you like Countdown to Extinction's melody, be ready for more. Youthanasia takes Countdown's melodic themes and mixes it with thrash roots previously found on releases such as 'Peace Sells...But Who's Buying?' and 'Rust In Piece'. Even if you don't like metal music this is an album that may change your mind. 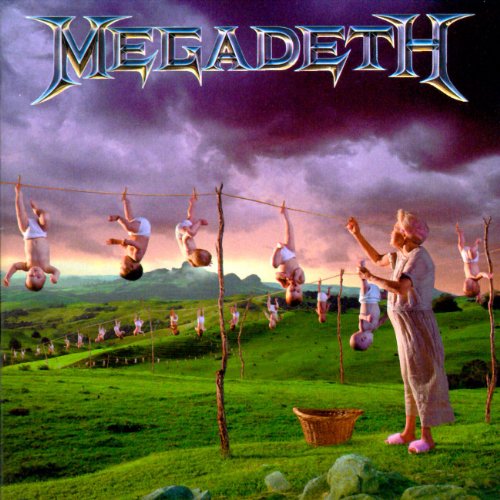 View profile
A great album and a great review.