After a two-year hiatus, Boys Like Girls is back with “Crazy World.” This upbeat, pop-rock band creates music that will definitely get you dancing. Their fast-paced music will instantly put you in a good mood. With inspirational lyrics and catchy tunes, this album suits a variety of tastes.

“Crazy World,” experiments with various styles, including country and soul. “Be Your Everything,” “Hey You,” and “Leaving California” are slow and convey sadness without being boring. The lyrics can be compared to a love poem.

However, Boys Like Girls also creates music for having fun and dancing. “Shoot,” “The Life of the Party,” and “Crazy World” really get you into an excited mood. The guitar, drums, and piano blend together perfectly to accompany the lyrics.

Band members Martin Johnson, Paul DiGiovanni, Morgan Dorr, and John Keefe write all their own music. Based on personal issues, their music conveys emotion and heart. For example, Johnson, lead vocalist and guitarist, wrote “On Top of the World” about his mother who passed away.

Boys Like Girls' popularity started with the release of their first, self-titled album, which sold over 580,000 copies in the United States. They performed on radio shows and opened for artists including Avril Lavigne and We the Kings. Continuing with their success, Boys Like Girls debuted their second album, “Love Drunk.” Iconic and catchy songs such as “Love Drunk” and “Two Is Better Than One” caught the attention of many teenagers. Along with their recent single, “Crazy World,” “Love Drunk” earned a spot on the Billboard 200.

Boys Like Girls creates feel-good, catchy songs for our generation. This band understands our situations and writes music to soothe our problems, but their main point is to have fun and love life. Their music is a refuge for teenagers and appeals to a variety of tastes. We might live in a crazy world, but let's focus on having fun. 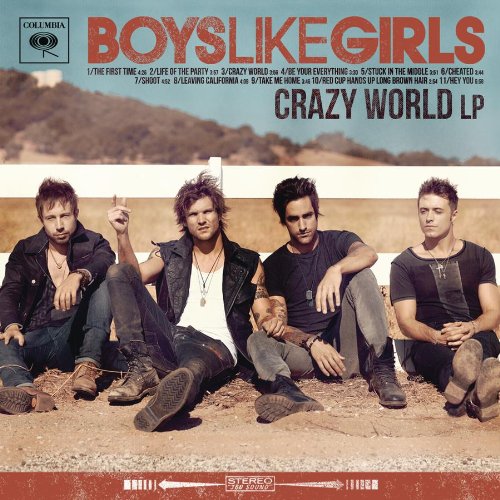