Favorite Quote:
Everything that you want is on the other side of fear- George Adair

Ok, I get it. You know every popular song in America. You daydream about being Justin Timberlake’s mirror, and you cry every time you hear “When I Was Your Man.” But could you name the latest #1 in Sweden? Perhaps South Korea? No? Well, good. If you didn’t know it already existed, this song comes from New Zealand. Known for its misty green hills and sheep, not for its musical prowess in the international market. Out of the blue, popped up Lorde (born Ella Yelich-O’Connor), a 16-year old girl who created a hipster movement that puts Bon Iver to shame. Not only did she have no promotion, but the track, called “Royals,” was simply a track Lorde put online to create a bit of buzz before she got to work on her first studio album. Well, it certainly did, spreading so quickly through the island nation that it debuted and stayed at #1 on the national chart for three weeks in March. With no video or live performance, it was the song’s message alone that brought Lorde to center stage. The track begins with Lorde’s haunting vocals melting over a simple bass beat and snapping. The New Zealander sings of the tired routines of other artists, singing of “gold teeth, Grey Goose drippin’ in the bathroom / blood stains, ball gowns trashin’ the hotel rooms.” Lorde doesn’t care though, as she craves a more sexual buzz. As she and her minions of crooning soprano harmonies denounce the typical love of riches, they explain that falling in love and being in command is their true fantasy.
“Royals” uses a simple melody without any vocal tricks to gain immense hipster swag, that no amount of money could buy, after listening to this, you too will feel a sense of empowerment and want to get rid of all your material possessions. But you’ll soon revert back to Britney’s “Gimme More” and head over to the mall to pop some tags. In the back of your mind though, you’ll always have that haunting voice saying, “We’ll never be royals.” This song jumped the ocean is becoming a hit in the US, making YOU the ultimate hipster because you knew of this before it is officially cool. 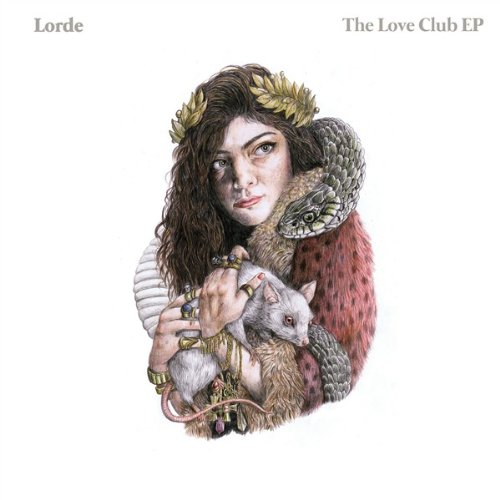