A chance suggestion by YouTube brought this band to my attention. A warning though, plugging their moniker into Google without knowing the names Valeska Steiner and Sonja Glass will yield the dictionary definition of “boy.” Don't even try adding “band” into the search box or you'll just get pages and pages on the Backstreet Boys, N*Sync, and One Direction.

This German-Swiss indie-pop duo's debut album, “Mutual Friends,” was released recently for American audiences on iTunes. The music video for the single “Little Numbers” depicts the two young women frolicking around Barcelona, and it's almost impossible not to smile or dance when you hear the song. By no means a pounding, nightclub track, and lacking the digital finagling we've grown accustomed to, “Little Numbers” is a simple, cheerful song that can be appreciated in any season, and can be counted on to make you happy.

Other choice tracks include the dreamy, percussion-heavy “Waitress,” the mournful and nostalgic “Drive Darling,” the curiously seductive and cautionary “Boris,” and the indescribable, mellifluous “Skin.” Boy is already gaining popularity in Europe, and with this release they will surely capture an audience here.

If you're into light, easy listening and artists like Death Cab for Cutie and Norah Jones, or more poppy singers like Ed Sheeran, I&#39d suggest giving Boy a chance. 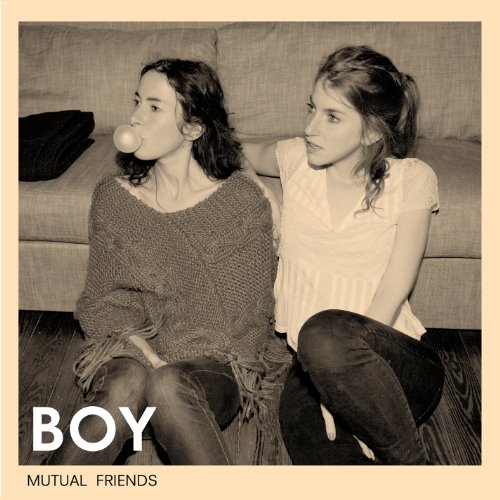 
Buy from Amazon
The author's comments:
Spring is for something new. Why not try Boy?
Post a comment
Submit your own