As I write this and listen to “Begin” once again, I'm in awe of David Archuleta's vocals. Though he recorded the album in just a few weeks, he really gave it his all before leaving on his two-year mission with the Church of Jesus Christ of Latter-day Saints.

Archuleta lends his silky-smooth voice to beautiful ­covers like “True Colors” by Cindi Lauper, “Beautiful” by Christina Aguilera, and “Angel” by Sarah McLaughlin. He also steps away from the slower songs with “Pride (In the Name of Love)” by U2, in which he delivers raspy, endearing vocals that he rarely employs, and “Bridge Over Troubled Water” by Simon and Garfunkel, which Archuleta keeps inspirational and enjoyable. This disk also includes a duet with Utah-based Libbie Linton. They cover “Don't Give Up” by Peter Gabriel, proving their great vocal ­abilities.

Archuleta also adds a deeper touch with the hymn “Be Still, My Soul.” His vocals are top notch, and the song helps listeners understand where he is coming from.

Aside from the covers, “Begin” includes an original song. “Broken” was written by Jon Hunt, but it is all Archuleta. The song is slow and sweet as he shows a wide range and hints at a connection with the organization Invisible Children. “And I find it hard to open up my mouth, will they hear what's spoken? But I saw when I opened up my eyes, invisible children, Broke, but not broken,” Archuleta sings.

But the best song on the album? It's a tie between the covers of the upbeat “Somewhere Only We Know” by Keane and the ballad “Everybody Hurts” by R.E.M. They are very different, but both show off Archuleta's stunning vocals and ability to make songs his own. He makes “Somewhere Only We Know” fun while “Everybody Hurts” will leave you amazed as his voice goes from soft and tender to absolutely astounding.

This is by far David Archuleta's best album vocally, and the feel-good songs will have you keeping this disc on repeat. This is the perfect mood-changer if you need some cheering up, or are missing David during the next two years. 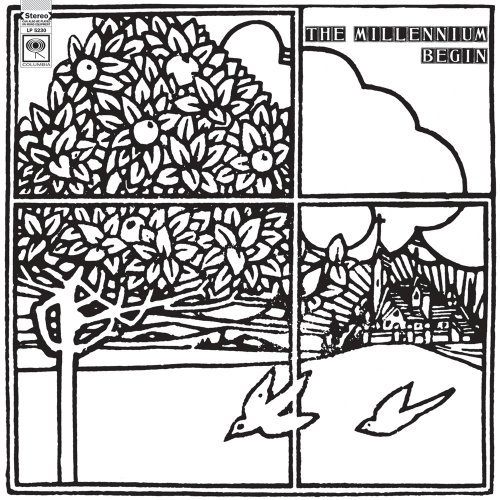 
Buy from Amazon
The author's comments:
This album is very uplifting and really helpful. One of my favorite albums of David's so far.
Post a comment
Submit your own

GermanyLCT said...
on Nov. 11 2013 at 3:02 am
I agree so beautiful! We miss him so much!
Gwen said...
on Oct. 2 2012 at 12:06 am
This CD is unbelievable. His voice just keep getting better and better. You can feel that every song was sung straight  from his heart. This Cd was a gift to his fans while he is away serving on his Mission in Chile. We will all be here waiting for David in 2014.You should watch the music video of Everybody Hurts. AWESOME!!
caitlyn said...
on Oct. 1 2012 at 8:14 am
thx for the awesome review! love begin so much, especially the original song Broken (David Archuleta's manager tweeted that David wrote all the music for that song, it is so beautiful)
Grateful said...
on Aug. 17 2012 at 11:09 pm
Wow! This is so well written!! Thank you so much for your thoughts on David's new album. He is one in a million & blesses so many with his heartfelt & gifted vocals. He is a beautiful soul. Great things to come for him : )
Marylee_DAangel said...
on Aug. 16 2012 at 1:33 pm
Absolutely/Positively INCREDIBLE album! Can't BEGIN to tell you how much I'm enjoying each & every song! Thank you David Archuleta ♥
caitlyn said...
on Aug. 16 2012 at 12:56 pm
awesome review! luv BEGIN. soooo much :)
Angel52 said...
on Aug. 16 2012 at 12:21 pm
I can't stop listening to this fantastic album! David and that glorious VOICE of his never ceases to amaze me.  Back for another listen...
MusicLove said...
on Aug. 15 2012 at 11:48 pm
Great review! I love the album as well.
violet4ever said...
on Aug. 15 2012 at 11:41 pm
I love BEGIN!!  My favorites are Broken and the covers Beautiful, Angel, Don't Give Up.  And wow in the 10 weeks before his mission, David was leading man in the 25-week miniseries Nandito Ako, recorded the Philippines album Forevermore and then recorded BEGIN. I miss him but I am thankful he left beautiful music to keep us company. BTW he is DavidArchie on twitter - he is not allowed to tweet from his mission so his manager is updating it for him. #DA2014
★FallingStars★ said...
on Aug. 15 2012 at 11:27 pm
Great article! BEGIN. is absolutely beautiful, and you nailed it in this article :)