Get ready to Dance Forever! Because Cameron, Zach, Nathan, and Michael have whipped up an amazing track list for their first studio album, “Suddenly”. With their two hit singles, “Dance Forever” and “A Different Side of Me”, this band will undoubtedly blow your socks off! Also making guest appearances on the album are “Journey to the End of My Life”, “Amy”, and the crowd pleaser “Hey, Princess.” The band got their start on Radio Disney’s Next Big Thing, and, although they didn’t win, they got picked up by Hollywood Records soon after, and produced their first music video for “A Different Side of Me.” This video then debuted on the Disney Channel, and the band was an instant hit. Since then, the band has also released another music video for their song “Dance Forever”, and they have started their first tour, with thousands of waiting fans. Allstar Weekend’s songs have a different sound to them, and they will make you really want to dance forever! And the boys themselves aren’t that bad either! So, go check out and pick up your copy and listen to the latest hot band of 2010! 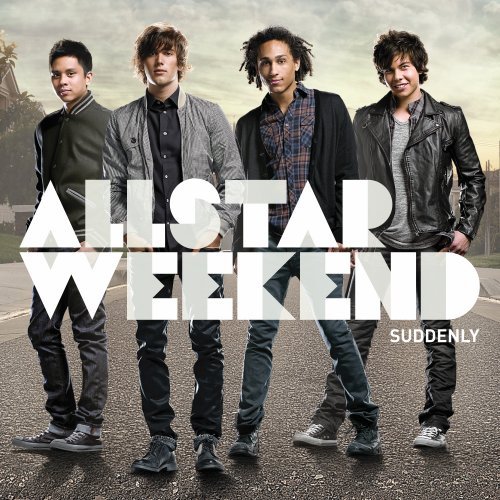