To make an even better second album and not fall victim to people's expectations (ay, there's the rub) – that is the commandment that every band must have in mind when recording a second album, especially if they want a successful follow-up to a smashing debut. In 1991, after Nirvana's “Nevermind” and Pearl Jam's “Ten,” the bar was miles high. But in September 1992 Alice in Chains released their follow-up album to “Facelift,” called simply, “Dirt.” With it, the band officially became one of the best groups ever to emerge from the Seattle music scene. For the first time, Alice in Chains was considered to be, along with Nirvana and Pearl Jam, part of the grunge movement.

Like its predecessor, “Dirt” is just plain darkness. Alice in Chains reaffirms its rightful place as the darkest band of the ྖs. This time, the darkness is related to the lives of the band members. “Dirt” is a frightening and almost sickeningly personal view of the world of drugs that will leave the listener thinking maybe “Trainspotting” isn't that funny anymore.

The first track, “Them Bones,” beats the hell out of your skull for two and a half minutes, giving you a taste of what's to come. The album is perfect from beginning to end. “Down in a Hole” grips you with Layne Staley and Jerry Cantrell's melancholic vocals: “Bury me softly in this womb/ I give this part of me for you/ Sand rains down and here I sit/ Holding rare flowers/ in a tomb … in bloom.”

“Rooster” is an instant classic about Cantrell's father's experience in Vietnam. This song is a breakthrough for Staley, ranging from slow and deep verses to a blasting chorus alongside Cantrell. Finally comes the song that makes this album the greatest, “Would?” Cantrell and Staley again affirm themselves as one of music's greatest duos since Paul McCartney and John Lennon, vocally and musically. The lyrics are simply a masterpiece, with Staley and Cantrell confirming that we can still feel with music (“So I made a big mistake/ Try to see it once my way”) and that songwriting is still important in the music industry, that not all of it is about blundering guitar riffs and yelling blond gods.

“Dirt” is all about the consequences of drug addiction and the damage it can cause. How ironic, then, that Staley and bassist Mike Starr would both tragically succumb to their addictions in the years that followed, tearing this super group apart. Perhaps, in retrospect, that is what makes this album so heart-wrenching. 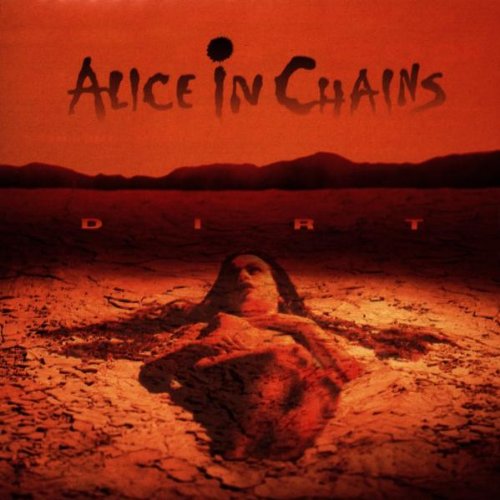 View profile
Yet another group that I've been meaning to check out. I'm a big fan of Nirvana, so I think I'll like these guys :)
Shambler92 PLATINUM said...
on Feb. 1 2010 at 9:41 pm
Shambler92 PLATINUM, Buenos Aires, Other
37 articles 0 photos 65 comments
View profile
When I wrote both of these reviews I was planning on writing reviews for all of their albums and e.p's but I only got to do these two. I guess I'll write a review of Jar of Flies E.P and one of Alice in Chains album (and the S.A.P ep & Black gives way to blue) eventually, but not right now. Thanks for commenting Xeonius!
Xeonius SILVER said...
on Feb. 1 2010 at 6:25 pm
Xeonius SILVER, Portland, Oregon
5 articles 0 photos 8 comments

Favorite Quote:
"The only thing we have to fear is fear itself."- Franklin Delano Roosevelt

View profile
Dirt is pretty much AIC's masterpiece. Facelift was a good grunge/metal hybrid album [as evidenced by great songs like "Man in the Box" and "Love, Hate, Love"] and Jar of Flies was probably was their most beautifully crafted, but in the end, Dirt is my personal fave. Rooster forever!