Transmissions from the Satellite Heart by The Flaming Lips | Teen Ink

Transmissions from the Satellite Heart by The Flaming Lips

Some of the most renowned artists/bands in recent music history (the Strokes, for example) not only gel instantly upon forming, but also make their debut one of the most lasting contributions to the history of music. However, the ever shape-shifting musical trailblazers known as The Flaming Lips are not one of them. Though they finally managed to somewhat pull themselves together with 1990’s now-acclaimed In A Priest Driven Ambulance after several bizarre experimental albums not really meant to do anything except offend the general public [Hear It Is’s “Jesus Shootin’ Heroin”, Telepathic Surgery’s “Hari-Krishna Stomp Wagon (F*** Led Zeppelin)”], it was really 1993’s Transmissions from the Satellite Heart that started to cement their deserved credibility as one of the world’s most uniquely bizarre-and bizarrely unique-bands of all time.

Bringing on Steven Drozd and Ronald Jones (the latter of whom left after fan favorite Clouds Taste Metallic due to creative differences) after Nathan Roberts’s and Jonathan Donahue’s simultaneous departure, the Lips embrace a much heavier sound than before, though now with a much smoother polish. Though still worlds away from the beautifully fragile chamber pop explored in 1999’s superb The Soft Bulletin, this surprising accessibility looked like it was finally going to give the band their first break into the mainstream. Sure enough, after being featured on MTV’s mega-popular Beavis and Butthead, the surprise smash “She Don’t Use Jelly” (virtually the only song from the band’s early years they still play at concerts) did just that, also briefly relegating the group to the dreaded “one-hit-wonder” status. Despite that fluke hit obviously being the most immediately catchy tune here, there’s still much, much more to enjoy as well, especially the string-laden “Turn it On”, the undeniably weird “Pilot Can at the Queer of God” (even the title is bizarre), and a “Plastic Jesus” cover simply listed as “*******”; though the real highlight is the dissonantly Beatles-esque closer “Slow•Nerve•Action”.

While perhaps paling a little bit in comparison to some of the band’s greatest achievements (especially that aforementioned Bulletin), if you’ve always wanted to know what the Lips sounded like in the early days, but don’t really know where to start, these Transmissions hit just the right spot. 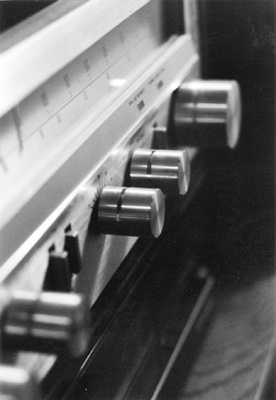