Favorite Quote:
"A day without laughter is a day wasted..." Charlie Chaplin

Understanding the life of an illegal immigrant is difficult for most people, but the film A Better LIfe touches all the troublesome situations  they have to face in the day to day life. It’s an absolute eye-opening movie, so many sacrifices for family but that’s all that really matters...Family.


Carlos Galindo, the main character, is a hard working, single parent of one young boy named Luis. They live together in a small home in East Los Angeles and they survive off of one paycheck Carlos makes. His son Luis is gets associated with the wrong people and he’s getting involved in gang activity while abandoning the morals his father taught him so much about. Carlos has his own business as a landscaper and his truck holds everything he needs to work, but he takes a chance on a man he thinks he can trust and the man betrays his trust.  He wants to turn to the police but he can’t because of his immigration status, so Carlos goes himself and his son, Luis,  joins him. During the trip they establish a strong connection that gives Carlos back the hope he lost. Nevertheless they encounter the police and Carlos’s hope fades away.


Starring Damian Bichir as Carlos, the father, and Jose Julian as Luis, the son. These actors really brought to life the personalities of their characters, emphasizing on their ability to overcome their position they’re in. It has been rated one of the best films in the year 2011.


This movie is honestly incredible. The director, Chris Weitz, doesn’t use the basic cliches to have more success, instead he focuses on the real story and makes it unique and comprehensible for spectators to appreciate. It stays true to the journey of the characters Carlos and Luis Galindo’s effort to strive to greatness throughout all the obstacles they face. This film gives us the true story behind immigrants journey in the U.S; the fear, the desperation, and the ambition. 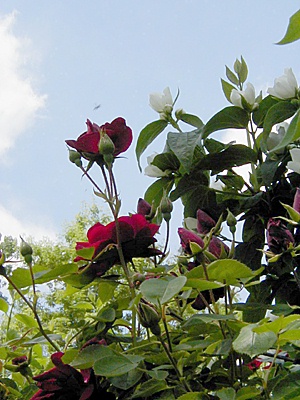