The stage is set. A boy grows up poor, black, and gay in the heat of Miami, and transitions from three stages of life, under the names Little, Chiron, and Black.

With all the buzz surrounding the Oscars this year, Moonlight eventually won, after a showstopping misread of La La Land as Best Picture. Some claim the recognition was overdue, others overrated, in the face of a politically-bashed Academy, which was shamed last year with the viral #oscarssowhite on Twitter. But if you look at the film by itself, originally titled In Moonlight Black Boys Look Blue, it is something of a gem.

Actually, it looks like it’s made of pastels. Chiron’s story is set in deep reds, purples, and especially blues, all kinds of blue. It’s like director Barry Jenkins sees in color, literally. And while black pride is an integral part of the film, so is Chiron’s realization of his other marginalizing traits, which are equally heavy on his too-skinny shoulders. His mother, a drug addict portrayed by Naomie Harris, is often too capable of tough love, and whose habits leave them in a quiet house, and poor.

Chiron’s discovery of his gay identity is also nothing short of heartbreaking. One of his first questions to Juan, the smooth-talking drug dealer played by Mahershala Ali, is simply, What’s a f*****? Ali is quietly magnificent, and provides a sort of father figure Chiron lacks. And Chiron’s rediscovery of his boyhood friend, played by Jaden Piner and later Andre Holland, is as artistic as it is romantic--in a subdued, yet vivid way, like the rest of the film.

It’s hard to describe: the film says very much with very little. Sometimes there is nothing said, as we watch a young boy pass from neglect, rescue, and eventually reconnection with the adults around him. Some may see Moonlight is an archetypal triumph, but it could very well be a personal story, of one boy with tremendously expressive eyes. His progression from bruised youth to cold adulthood is effortlessly captured by Alex R. Hibbert, Ashton Sanders, and Trevante Rhodes in ascending age.

There are scenes in Moonlight that are so visually stunning, you feel like you have to just stop the film and look. As Jenkins describes, there are images we don’t see very often, like Juan lowering little Chiron into the ocean, the milky blue water lapping at them, hovering between peaceful and drowning. Like the rest of the film, Moonlight is a keen, fine balance. It’s also pure art. 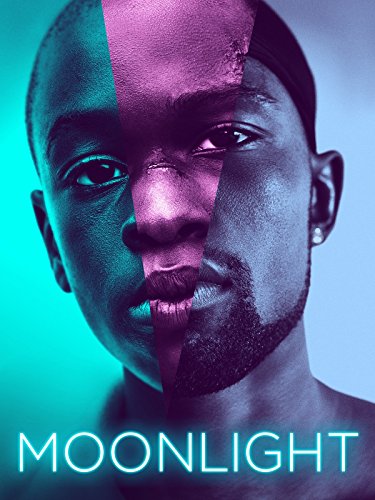