Dr. Stephen Strange (Benedict Cumberbatch) is a man who has it all. Acclaimed surgeon and aggressive egoistic, Strange finds himself invincible until a car crash leaves his hands disfigured and broken. He is desperate for a cure, and chases hope into the high reaches of Kathmandu, where he appeals to the so-called Ancient One (Tilda Swinton) for help. But instead of new hands, he finds himself thrown into the mystical realm of the masters of worlds: Mordo (Chiwetel Ejiofor) and Wong (Benedict Wong) are of many who harness energy from other dimensions to protect this one. Strange is faced with a man seduced by the mysterious dark dimension, Master Kaecilius, who will do anything to spill our world into the next. The doctor must save people in a new way--not by saving lives, but all of humanity.

Before anything else, Doctor Strange is a fantastic new installment of the Marvel Cinematic Universe, and an admirable debut of Benedict Cumberbatch as the man himself. Charming and funny, sometimes surprisingly so, and with an amount of swagger trademark of Marvel, Strange features a genuinely diverse cast, even if the old and revered Ancient One was made “Celtic” for actress Tilda Swinton instead of Asian. And you don’t have to be a fan of Marvel, or literate in the comic book lore surrounding Strange for that matter, to enjoy the family fun.

Benedict Cumberbatch is invaluable to the film. That fact cannot be understated. Now hysterically famous for his portrayal of several pop culture icons like Sherlock Holmes in Sherlock by BBC, Khan in the recent Star Trek movie reboot, and the deliciously evil dragon Smaug in The Hobbit film trilogy, Cumberbatch seems impeccable in his ability to play larger-than-life prodigies, evident too in his work as Alan Turing in The Imitation Game. For Strange, Cumberbatch brings the right amount of wit and wonder to bridge the CGI and screenplay. It’s a classic story, where the narcissist becomes a caped superhero, and Marvel fans have already drawn parallels to Tony Stark and the like. But there’s heart in Strange, which is all that matters.

The rest of the cast is equally talented--from 12 Years a Slave laureate Chiwetel Ejiofor, Strange’s complement, to The Notebook-famous Rachel McAdams, to Tilda Swinton, known for a number of classics fantastical and realistic. As for the CGI in the movie, it deserves its own spotlight. Strange is governed by stupendous, wild animation, that is trippy in the best way possible.

And if there’s anything, it’s that the threat doesn’t feel real enough. The anonymously evil “dark dimension” and exotic names don’t make the audience feel like Strange is ever really in danger, even as he ends up on the gurney a couple of times himself. The villain Kaecilius, master of dimensions, is not nearly as dimensional as other Marvel baddies like Loki from Marvel’s The Avengers, or Director Alexander Pierce from Captain America: The Winter Soldier. And for a Marvel movie, the standards have been set high, with recent summer blockbuster Captain America: Civil War having redefined the ultimate superhero story. But as a film, Strange is the beginning of a truly special and exciting ride through another wing of the Marvel universe as we know it. As Wong lets slip the eye of Agammodo is actually an Infinity Stone, we are left to speculate what’s next. How wonderfully strange. 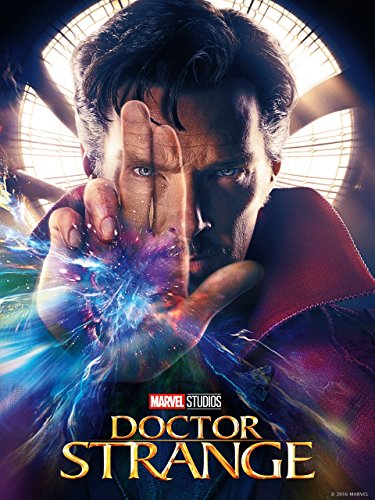