Mr. Sherlock Holmes (Ian McKellen) was once the detective sensation of London. Now in his nineties, he is retired in a remote countryside recluse, cultivating his garden beehive. But the once grand sleuth is in turmoil. He struggles to remember his last case, the one which forced him into retirement; why, he struggles to recall. The housekeeper Mrs. Munro’s (Laura Linney) son, Roger (Milo Parker), becomes Holmes’s young protégé, as he attempts to help Holmes remember the case in order to write it the way it happened, once and for all, not Watson’s glamorized version of events--and what they will discover will be the greatest secret of all.

Countless actors have tried to portray Sherlock Holmes, but few do with the classiness of elderly Ian McKellen, who paints a picture of Holmes in his wiltering retirement. Surrounded by a dying colony of bees and his own blanking memory, Holmes’s quick wits have begun to fail him. The film touches the vulnerability of a great man, a legend as he is portrayed on screen, gracefully; Holmes’s venture into old age is also a welcome respite from a youth-obsessed film culture.

But there are ways the film stays true to the books. It touches something that has always been Holmes’ weak spot: the human connection. From Benedict Cumberbatch’s portrayal of the sharp, brilliant, and often insensitive Holmes on the TV show Sherlock, to Robert Downey Junior’s exhilarating, adventuring runaway in the movie Sherlock Holmes and its sequel, Sherlock Holmes: A Game of Shadows, Holmes as a character has always been notoriously unsociable, even unfriendly, or unpleasant. And in Mr. Holmes, his apparent loneliness brings heart to the old detective, abandoned by his famous associate Dr. John Watson, his older brother Mycroft, and all he has ever known in his dwindling years. His fostering connection with bright young Roger breathes new life into his story for a new generation. And as Holmes tries desperately to recall the final details of the case that failed him, he begins to understand what years ago he had not been able to understand, rooted in his flaws for reaching out to others.

Still, the film isn’t one to weep over. As it takes slivers of both the past and the present, the result is a charming blend of both Holmes’s later, older life, and his younger years as a detective. Indeed, as Holmes struggles to recall his last case, we are taken into his mind in the same tradition of the old clever “murder” case, where Holmes’s classic way into discovering truth is through the details. The story’s setup is effortlessly engaging, revealing several layers by the end of the film. It suits him, too; Mr. Holmes has never been more at home. 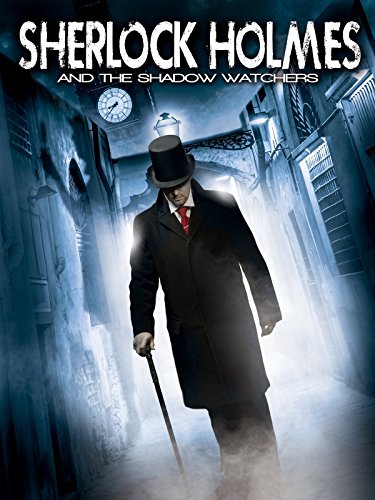