The Last of the Mohicans | Teen Ink

The Last of the Mohicans

Hawkeye (Daniel Day-Lewis), adopted by Mohican Chingachgook (Russell Means) from youth, watches an international struggle ignite on the wild American frontier. But the dying Mohican tribe lives in peace alongside the British and their colonists, and agrees to escort the daughters of English Colonel Edmund Munro (Maurice Roeves). A budding romance between Hawkeye and Cora Munro (Madeleine Stowe) blooms against the backdrop of cannon fire, and what would one day become known as the French and Indian War.

Dashing, fitted in the paramour of magnificence, The Last of the Mohicans sings, with hearts-thrilling-guts-spilling action sequences, old era excitement, and oh, forbidden romance. It would be pegged an instant classic, one to remember the often overlooked French and Indian War. But there’s just one problem: at its very heart, the movie feels wannabe.

Hit it, Spice Girls. But no joke. The dazzling action and cinematography would sit just right if something else wasn’t so unsettling. “The First American Hero”? No matter how long his hair is, Hawkeye isn’t actually Native American. Dreamy enough, sure, and now we’ve got a prehistoric “lumberman” expectation to stuff our boys into from 1800s on. But Hawkeye’s whole being there feels like it undermines the credibility of the actual Indians in the movie. Hawkeye can speak both Native and European dialects? Let’s have him do those lines. He can fight like a Native and a colonist? Boom. Make him fight. Now why are all these Natives even here again?

The reasoning also feels off. The Mohicans are allied with the British…which makes them the noble people? After all, they’re (literally) the only two Indians we’re allowed to root for throughout the movie. It can’t be too much of a coincidence that they’re also the only ones committed to helping the knowledgeable good guy Brits win, and shuffle some of their beautiful maidens around too. (Also, Cora Munro is not really the headstrong, independent woman you were promised. Her attitudes might have been outspoken per time period, but plaintive cries for rescue and romance repeatedly undermine much else.) And although it’s accurate historically Native tribes fought one another during the colonizing age, it’s a wincing sight to watch the Mohicans clash with other Natives on top of everything else. With handy Euro-esque rifle and garb in hand, I know I twitched.

Mohicans boasts a wealth of epic archetypes, sure to draw in nearly any audience. Enough chest-puffing action in tribute to a chivalrous bygone age will not go unnoticed. The soundtrack alone makes you want an instrument in your hands, pronto. But while most of the questionable framework goes under camouflage for the duration of the film, you might finish in baffled wonderment. You start to wonder if you had been rooting for the last of the Mohicans at all. 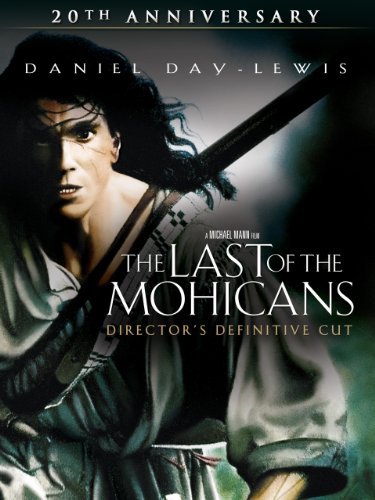